1 out of 4 Chicago Consumers Have No Emergency Savings Plan

A recent poll by the financial data publisher Bankrate.com indicates that 24 percent of American consumers have no emergency savings, The Associated Press reports.

It's not an entirely shocking statistic, but it is concerning. Those without savings are flying by the seat of their pants, especially in this rocky economic climate because job loss is a very real prospect for many in Chicago. A lost job without much of a back-up plan can lead to consumer debt, which can pile up without notice. 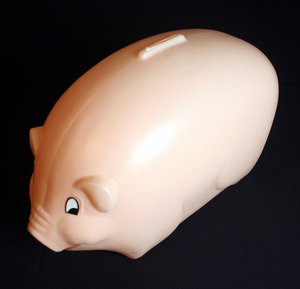 This type of bad fortune, coupled with necessary spending, can lead to bankruptcy in Chicago. While to some that may sound like a devastating outcome, others see the intrinsic value in the process and its outcome. But hiring an experienced Chicago Bankruptcy Lawyer is essential to navigating the complex bankruptcy codes.

The story suggests that only 24 percent of people have the recommended cushion of at least six months' expenses set aside for emergency situations. Most people aren't prepared for contingencies and another 24 percent have no emergency savings at all.

About 6.2 million people are out of work for half a year or longer and the poll results show that people are woefully unprepared for a time when job security and the economy are such concerning topics.

"The majority of Americans still have much work to do in building an adequate emergency savings cushion," Greg McBride, senior financial analyst for Bankrate told The Associated Press.

McBride said the survey's results were surprising given that so many people have seen the effects of the 2007-2009 recession and haven't planned for emergency savings. Yet, the challenges of the economy have made it difficult for people to store away money.

Respondents under 30 with annual incomes under $30,000 were most likely to report having no savings at all. Those likeliest to have six months of expenses in a fund were higher-income households and people in their 50s and 60s.

Less than half of those who participated in the poll had about three months of expenses, which was the same figure as a 2007 poll. Other findings:

Let's face it -- it's much easier to build up savings when you're an executive for a Fortune 500 company, a doctor, lawyer or engineer making a six-figure salary. But most people aren't in that boat. The cost of raising children, no raises, pay cuts and the unexpected flat tire or water heater that goes out adds up and it's just difficult to keep up with bills.

Toss in a lost job, freak accident causing hospitalization or predatory lenders who slam consumers with fees and interest, and it's easy to see why people fall into debt the cannot handle.

But the collection calls can be stopped and it can be done through bankruptcy. Chapter 7 bankruptcy, by far the most popular form of filing, allows people to consolidate their debt and have it discharged, making for a fresh start financially.

24 Percent Of American Consumers Have No Emergency Savings: Poll, by Dave Carpenter, The Associated Press