American Dream of Home Ownership a Challenge in Chicago

The New York Times reports that as the Great Recession ravaged the country's housing market, the percentage of homeowners dropped sharply from 69.2 percent in 2004 to 66.4 percent now. Experts say the levels are akin to where they were in 1998 and could decline to levels seen in the 1980s or earlier.

What this tells Chicago Bankruptcy Attorneys is that while millions of people have used bankruptcy laws to their advantage, there are millions still who have not -- despite faced with losing their homes. Home prices dropped again recently -- 4.2 percent in the first quarter, according to the S&P/Case-Shiller National Index -- illustrating that the housing market woes may continue for some time. 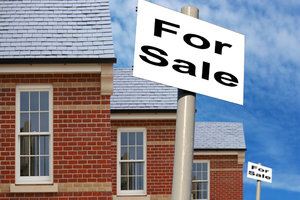 Housing is locked into a downward spiral, analysts say, because people are unemployed, in foreclosure or trapped in homes that are worth less than the mortgage. But another factor is that the disappointment in the housing market collapse has caused many people not to want to own. Still, with it being the cornerstone of the American Dream, real estate experts believe that people will soon go back to the mentality of wanting their own house.

There are many people throughout Chicago who fall into one of the categories outlined in The New York Times. Many people are trapped upside down in their mortgages and are struggling to find a way out. Many hope their loans can be modified to reflect the current value of their property, but their bank is unwilling to help.

Many people are stuck in a frustrating position because of the housing market collapse. But, while they may have just started missing payments on their house or because of unemployment are months behind, Chapter 13 bankruptcy in Chicago may be the right choice.

According to March statistics by the United States Bankruptcy Court, nationwide Chapter 13 filings rose 5 percent to 438,788 from the 415,966 bankruptcies filed in the 12-month period ending March 31, 2010. The number of Chapter 13 filings came in second only to Chapter 7 filings.

Chapter 13 bankruptcy allows homeowners to potentially keep their homes and other large assets, by working out a payment plan over a 3- to 5-year window to satisfy their debts. Filing for Chapter 13 bankruptcy automatically halts any foreclosure process that a homeowner may be going through, so it gives instant protection. And throughout the bankruptcy process, homeowners are able to stay in their houses.

Many people still think that bankruptcy is embarrassing and hurts a person's reputation. Consider this: Donald Trump has filed for bankruptcy four times! Many people use the bankruptcy laws to their advantage because it's one set of laws that are designed with the everyday person in mind. They are designed to allow people a second chance and the opportunity to get their finances in order.