Raising fees is nothing new for big banks. But recently, checking and ATM fees seem to be reaching unprecedented levels, say bankruptcy attorneys. 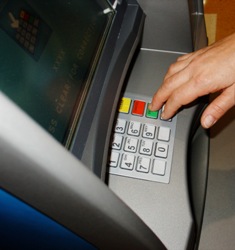 According to Bankrate.com, just 39 percent of checking accounts are now free of charge, compared with 45 percent last year and 76 percent back in 2009.

While using your own bank's ATM is still free (assuming you don't overdraw on your account, that is), using a competitor's ATM will cost you more than ever.

On average, a bank other than your own will charge $2.50 per ATM transaction - a 4 percent increase since last year. Meanwhile, your own bank will ding you $1.57 - or 11 percent more - for using that competing bank.

At the heart of the problem are recent regulations that limit banks' abilities to charge consumers for overdraft protection and retailers for debit card transactions.

While the new laws were enacted in the name of consumer protection, their unfortunate downside is that everyone must now pay a price - whether or not they use debit.

As our DebtStoppers bankruptcy attorneys point out, the timing couldn't be much worse. Nearly five years after the nation was plunged into the biggest downturn since the Great Depression, consumers are struggling to pay off credit card debt and stay current on their mortgages.

When debts, missed payments, and other common financial troubles are already keeping you up at night, it can be easy to lose track of bank fees.

Often times, the consumers struggling the most financially are most likely to incur fees and penalties because they tend to keep lower balances and are typically juggling many other expenses.

For many, rising fees are the last straw. Bankrate.com reports that a growing number of bank customers plan to switch accounts.

But before you change to a new bank - which could soon adopt the same fees as your old one - first consider your overall situation.

If fees are merely an annoyance, it may be possible to make changes, such as signing up for direct deposit or maintaining a higher balance, that will relieve charges. But if credit card debt or other debt burdens are keeping your checking account on the lean side - and thus subjecting you to fees - bankruptcy may present a more permanent solution.

By filing for bankruptcy, many DebtStoppers clients not only get rid of debts, but are able to get rid of many of the financial problems that led to those debts in the first place.

To learn more about the power of bankruptcy to provide a fresh financial start, call the DebtStoppers Bankruptcy Law Firm at 800-440-7235 and sign up for a complimentary personal debt analysis with one of our experienced bankruptcy attorneys in Tennessee, Chicago and Atlanta.

Fed Lowers Mortgage Rates, but Bankruptcy May Be Better Solution for Homebuyers: September 18, 2012

Without Personal Finance Know-How, Today's Young Adults Are Getting into Trouble with Credit Card Debt: September 12, 2012