As Housing Prices Stay Low Despite Increase in Jobs, Atlanta Bankruptcy Remains an Option for Consumers

Usually employment and the housing market follow one another. Not in Atlanta, however. 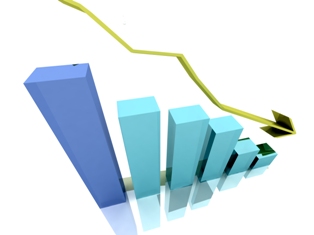 The good news is that, after increasing between 2007 and 2010, Atlanta unemployment is finally starting to ease. The rate has been falling steadily for seven months and has decreased nearly a full percentage point - to 9 percent - over the past year, according to the Atlanta Journal-Constitution.

Typically an increase in employment would be accompanied by an increase in housing prices. Yet the average sales price of an Atlanta area home was down 2.1 percent since the start of 2012.

Atlanta home values are currently at the lowest level since 1997. Meanwhile, market analysts are predicting values will continue to decrease this year.

As was recently reported in our Atlanta Bankruptcy Attorney Blog, banks have finally gotten back to processing foreclosures now that a settlement has been reached between U.S. states and the nation's five largest lenders. In metro Atlanta, foreclosed properties make up at least one-third of home sales.

Just because consumers have more money in their pockets doesn't mean they'll immediately be able to afford pricey mortgage payments.

Experts predict that, when the housing market does start to recover, the process will be slow. With damaged credit, uneven job histories, and little in the way of savings, most consumers will be hesitant to move into the home buying market.

Meanwhile, those who already have homes are still struggling to keep them.
Often times, it's credit card debt - not house payments - that makes paying the bills most difficult. For underwater borrowers who are delinquent or at risk of becoming delinquent, Atlanta bankruptcy can be a saving grace.

Those with steady incomes may qualify for Chapter 13 bankruptcy, which provides the freedom to prevent or stop foreclosure and reorganize many types of debt into a single repayment plan.

With the house protected and debt under control, homeowners can begin rebuilding credit and regaining control over finances.

The job market in Atlanta is finally breathing a sigh of relief. With bankruptcy, Atlanta homeowners may be able to do the same.

To learn if bankruptcy is right for your situation, consider speaking with one of our Atlanta bankruptcy attorneys. Contact the DebtStoppers Bankruptcy Law Firm at 800-440-7235 today for your complimentary debt analysis.

Jobs Up, But Not the Housing Market, by Michael E. Kanell, The Atlanta-Journal Constitution