More bad news out of Atlanta, this time from The Atlanta Journal-Constitution -- the newspaper reports that the metro area's unemployment rate went up again in August, from 10.3 to 10.4 percent.

That may not seem like a big jump, but what it shows is that the local economy, like the national economy, isn't getting any better. Layoffs in construction, food services, accommodations, trades, and administration and support staff have left people scrambling for jobs.

Unemployment continues to negatively affect the U.S. economy, and the Great Recession is leaving some people to think about a future with less money or even a complete lack of income. For many consumers, it's a matter of trying to get by, as they are attempting to pay back bills with side jobs, selling assets and taking advantage of other strategies. 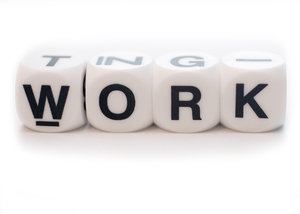 But this probably isn't working. They are slipping further and further into debt as interest rates increase, making minimum payments on purchases that result in the merchandise or service being even more expensive, and for some falling behind on mortgage payments. Unfortunately, this situation often leads to foreclosure in Atlanta. But these people should take the time to consult with an experienced Atlanta bankruptcy lawyer who can explain the benefits of bankruptcy and the options consumers have at their disposal.

Bankruptcy laws are some of the only laws that are designed to help protect the consumer. They were enacted in order to give people a second chance after experiencing unforeseeable problems such as job loss, overwhelming medical expenses, predatory lending practices, or poor spending habits. All of these situations could be relieved through bankruptcy.

Mounting debts can be discharged, for instance, and those who own a house can often stay in their homes while the process is ongoing. In many cases, a person can have all of his or her debts relieved, making it possible to move on with life after the process is completed in much better shape than when they filed.

In the city of Atlanta, the jobless rate was 11.7 percent, which was up slightly from 11.5 percent in July. Statewide, the jobless rate is 10.2 percent. This is the 49th consecutive month that Georgia has exceeded the national unemployment rate, which stands at 9.1 percent.

Not having a job can be terrifying, and it's obvious that little is being done to bring new companies and new jobs to Georgia. It is painfully apparent that citizens here continue to struggle to find employment opportunities, while residents of some other states may have more choices to find meaningful work.

Many people choose to try to squeak by with minimum payments, while dealing with hounding collection agency workers and harassing bank officials. But there is a better way through bankruptcy, which stops creditors from calling while the process is ongoing. And after debts have been discharged, the consumer can again live his or her life free from the debt that has trapped them for much of the last few years.

If you need to speak to an Atlanta bankruptcy attorney , call the DebtStoppers Bankruptcy Law Firm at 800-440-7235 today for a free debt analysis.

Atlanta Bankruptcy Protects from Foreclosure, Which Make up Majority of Home Sales: September 8, 2011

Atlanta Bankruptcies Dip, But That May Be Bad News: September 2, 2011