Atlanta Foreclosures Taking a Dip, but Now is the Time to Act on Your Debt

The Atlanta Journal-Constitution got it right in a recent headline: "Foreclosures slow in metro Atlanta, but no end in sight."

Many people facing foreclosure or on the brink of foreclosure throughout Georgia have seen headlines about foreclosure filings dropping and other quasi-good news clips in recent months. But this isn't really good news at all. Atlanta Bankruptcy Lawyers believe now is the time to discuss your options with a qualified debt relief attorney. 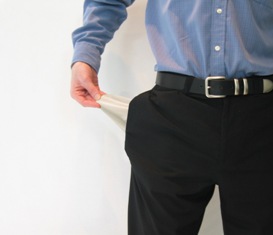 What most experts believe is that foreclosures will begin to increase at a rapid rate by the end of 2011 and into 2012. The backlog occurred because banks halted foreclosures in late 2010 because of allegations of "robo-signing" and filing false paperwork in foreclosure cases, discovered by homeowners and their attorneys.

Many banks and lenders were using mortgage servicers to shuffle through millions of pages of paperwork with the court, much of which wasn't checked for accuracy -- in some cases banks were falsifying documents at a wholesale pace and were caught by attorneys defending the rights of homeowners. And many documents were "signed" by bank officials who never actually saw the documents.

Many judges throughout the country have stopped foreclosure cases and told banks they can't proceed because of their bad-faith efforts. So, many lenders stopped filing foreclosures until they had all their paperwork lined up and correct. Experts believe a new flood of cases may soon be coming.

The New York Times recently reported that it will take some states half a century at the current rate to clear the backlog of foreclosure cases that have piled up for years. While banks have agreed to reform their foreclosure procedures after admitting to illegally processing foreclosures, the process is still slow-moving.

In New York, foreclosure filings are down 85 percent since September. The large number of cases -- some two million active and another two million that are pending -- has overwhelmed lenders. And many major foreclosure law firms that churned out thousands of cases were shut down after the allegations of illegal filings were revealed.

Atlanta bankruptcy lawyers believe meeting with our lawyers now is the key to making sure you are able to best resolve your issues in an Atlanta foreclosure. One surefire way to stop foreclosure immediately is to file for bankruptcy protection.

Filing for bankruptcy protection will immediately tell collection agencies and creditors that the foreclosure process must stop and calls from creditors will cease. While trying to modify a loan or work on other solutions may be a homeowner's first resort, these rarely work until the bank faces the prospect of a homeowner's bankruptcy.

Now is the best time to meet with our firm to assess your problem. Debt that leads to bankruptcy is often caused by medical bills, in conjunction with job loss and credit card debt. A tough economy has compounded the problem. But there is hope and the country's bankruptcy laws are designed to help the consumer recover.

If you are facing a precarious mortgage situation or need advice on what to do to save your home, call our firm today. Fill out our free personal debt analysis so we can assist you however possible.

Backlog of Cases Gives a Reprieve on Foreclosures, by David Streitfeld, The New York Times

Foreclosures slow in metro Atlanta, but no end in sight, by Christopher Quinn, The Atlanta Journal-Constitution