The Atlanta Bankruptcy Attorney Blog has reported before about the woes of Atlanta's housing market, as foreclosures have haunted this great city and surrounding area.

But recent news suggests that the area's high unemployment rate coupled with the glut of foreclosures has left the Atlanta area in real trouble. It's a bad cycle that will likely take years to correct -- high unemployment leads to foreclosure leads to bankruptcy in Atlanta. While it may be hard for some to come to terms with their financial situation, others realize that they can obtain financial freedom after consulting with an experienced Atlanta Bankruptcy Lawyer. 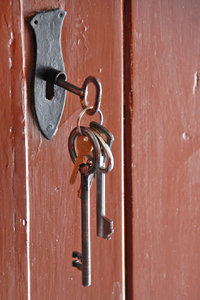 According to the Atlanta Journal-Constitution, Atlanta has the fourth sickest housing market among the country's largest 75 metro areas.

"The city, which had a significant influx of new residents, particularly from the northeast, has been hit hard," the website said, citing the high unemployment rate.

The Top (or Bottom) Ten:

It's no surprise that the Atlanta area has a tough housing market. Look around and you'll notice for sale signs or overgrown yards that are the indication of neighborhoods hit by foreclosure.

But foreclosure can be stopped immediately by filing bankruptcy in Atlanta. Whether you are just one month behind on payments or the house is scheduled to be sold tomorrow on the courthouse steps, bankruptcy stops the procedure. It also stops creditors and lending agencies from harassing you.

Foreclosure, by definition, is the legal action taken by the banks to take possession of a house because of non-payment. In Georgia, the law permits judicial and power of sale foreclosures. Power of sale is most common and is very fast. Most mortgages contain a clause allowing the lender the right to sell the property outside the court system.

For many people who are upside down on their mortgage because of the current property values, professional legal advice is a must. It's possible to seek a loan modification from the bank, but many times, they won't even listen.

The only proven way to stop foreclosure is filing bankruptcy. In Chapter 13 Bankruptcy, the homeowner is able to set up a payment plan over three to five years that is affordable to them in order to pay back debt. But even under Chapter 7 Bankruptcy -- by far the most popular bankruptcy filing -- it may be possible to keep a house and still have debts forgiven.