The latest statistics show the number of bankruptcy filings fell 6 percent in the first quarter of the year, although they still remain at record levels, CNN reported.

Our Atlanta bankruptcy lawyers continue to help consumers dealing with bad mortgage debt, credit card debt and medical bills. Nationwide, more than 340,000 people filed for bankruptcy in the United States during the first three months of the year. While that puts the country on pace for fewer filings than the 1.6 million last year, the numbers remain significantly higher than the approximately 1 million consumers a year who sought bankruptcy protection before the economic downturn.

The American Bankruptcy Institute reports 19,588 consumers filed for bankruptcy protection in Georgia during the fourth quarter of 2010. That's down from the 20,694 who filed during the third quarter of the year. But it's still twice the average of 10,000 per quarter filed before the recession began.

Any stigma associated with filing bankruptcy largely diminished as millions sought protection during the Great Recession. The protections afforded by Chapter 13 and Chapter 7 bankruptcy have evolved over time. 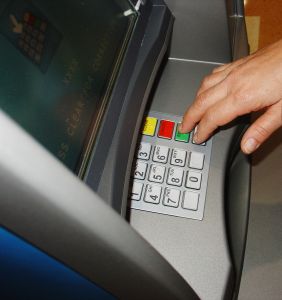 As a Live Science article reported when General Motors filed for bankruptcy protection, the head of the company could have been executed in ancient Rome. In England, during the dark ages, consumers who couldn't pay their bills were thrown into a debtor's dungeon. While bankruptcy laws were originally meant to get a creditor back what is owed, they have evolved over time to offer substantial protections to consumers.

Even the Bible offered advice, urging forgiveness of a neighbor's debts every seven years. The term "bankruptcy" is Latin for broken bench, and comes from the old-world marketplace where an indebted merchant could have his bench broken in two, giving him nowhere to sell his wares.

In ancient Greece, debtors could be forced into slavery for their creditors. Modern law stems from 16th Century England, where bankruptcy proceedings were initiated by a creditor seeking to recoup his losses. It wasn't until the financially difficult years following the Civil War that modern laws began to favor the debtor.