Bankruptcy in Chicago Can Help in Tough Economic Times

Chicago bankruptcy lawyers understand that times are tough right now. The economy has few signs of improvement and, generally, people are struggling to put food on the table and keep a roof over their head. 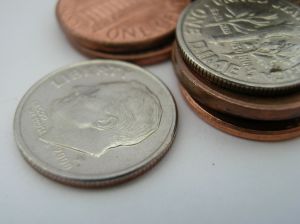 Considering bankruptcy in Chicago can help consumers get out of the problems they have encountered. Many debt problems aren't the fault of the consumer, necessarily.

Job loss could be a function of the economy and surprise medical bills can level a family. Lenders' high interest rates and exorbitant fees on late or missed payments can also contribute and make a bad situation worse.

A recent survey by Wider Opportunities for Women found that 45 percent of Americans live in households that struggle to pay their bills. That amounts to 39 percent of adults and 55 percent of children.

According to a recent Reuters article, the survey found that a family of four with two working adults pays $821 for housing and $707 for food each month. A single worker family pays about $688 for housing and $244 for food.

Those numbers don't account for vacations, hobbies, college and other expenses beyond the essentials. Some are worried that because a committee of lawmakers failed in its efforts to cut down debt by $1.2 trillion over 10 years, there may be cuts in programs that offer financial support. .

The article goes on to say that the poverty rate is $22,314 for a family of four and about 15 percent of Americans are at that level or below. Many more are just above it and require government assistance to get by.

For many of these people, filing for bankruptcy in Chicago would go a long way toward helping. For those who have some income but who are drowning in debt, Chapter 13 bankruptcy in Chicago may be a good option. This allows people to keep their assets and make a payment plan over three to five years to pay back a portion of the debt.

Chapter 7 bankruptcy is the most common form of bankruptcy and is typically for people who have no income and few assets. Their debts are cleared and they are allowed to continue on without making debt payments.

Both forms of bankruptcy can be helpful, depending on the circumstances. If you find yourself making large payments on credit cards or other forms of debt and teetering on financial disaster, bankruptcy may help. Eliminating debt can free up money to help pay other bills, which could help your economic status.