The more trouble you're in with your mortgage, the less likely your bank may be to help. At least, that's the idea behind the moral hazard argument banks are using to avoid assisting homeowners. 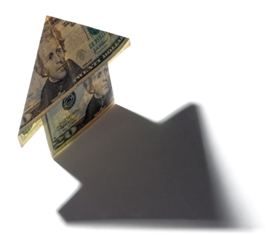 Originally an insurance term, "moral hazard" is taking on new meaning in an era of bank bailouts and help for struggling borrowers, according to the New York Times.

The term refers to the idea that people will take bigger risks if they aren't held responsible for the consequences.

Banks are claiming they have a moral obligation not to write down a principal - or even just ease loan terms - on underwater mortgages. If they do so, banks claim, it would only encourage owners who can afford their mortgages to stop paying.

So is there any truth to their theory?

Data in the Times story shows that just 10 to 15 percent of people who defaulted on their home loans were actually capable of making their mortgage payments. Even for those financially able to make payments, most are likely under major strain from credit card debt and other obligations.

While people who walked away from their homes got a lot of press, the reality is that most folks who are facing foreclosure would prefer to stay in their house. Now, filing for Chicago bankruptcy may be their best solution.

As it turns out, banks may be the ones with the morality problem. The refusal of lenders to participate in helping homeowners hurts everyone. It's speculated that underwater mortgages are holding back the economy - and that a glut of foreclosed properties are poised to drive down real estate prices even further.

For those unable to get help from big banks, filing for Chapter 13 bankruptcy may offer a way to stop foreclosure and get payments back on track.

Banks made enough of a mess when they issued bad loans, then began throwing Chicago residents out of their houses without properly reviewing those loans.

The only moral obligation you have as a homeowner is to gain back control of your finances for you and your family. Bankruptcy was created to do just that.

Chicago Bankruptcy Can Help Homeowners Considering Walking Away From a Mortgage: January 17, 2011