Banks Hoping to Pay Fines to Settle Bad Foreclosure Practices in Atlanta, US

A New York Times article reports that the institutions that service about two-thirds of the mortgages in the United States have offered $5 billion to settle allegations of robo-signing and other shady practices that wrongfully took away homes from troubled borrowers.

It's not news that foreclosures are a problem in Georgia and elsewhere in the United States, but what is disturbing to Atlanta DebtStoppers is how banks and financial institutions think they can just cut a check and pay off the unethical and immoral acts they have committed with the rise of mortgage foreclosures. If you or a loved one needs help stopping foreclosure in Atlanta, call today. 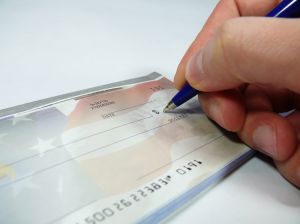 Financial institutions have come under fire by attorneys general across the country because of allegations of immoral practices, such as robo-signing, where mortgage servicers paid by the banks to process paperwork would sign documents without looking at them. Many of the documents, which were supposed to be signed by executives, were rubber-stamped by unqualified workers. Some were forged.

In many cases, banks also lost paperwork, or used paperwork that was incorrect in the process of trying to foreclose on a person's house. All of these problems have denied homeowners due process in the handling of the foreclosure process.

While attorneys general want the banks to pay $20 billion for their transgressions, the banks offered only $5 billion. The Wall Street Journal later reported the states' head prosecutors countered with $17 billion.

But as the banks and states negotiate a settlement, the housing market hasn't gotten any better. Banks own nearly 875,000 foreclosed homes, according to RealtyTrac, a research firm. New home sales are sluggish and existing home sales aren't very good, either.

What does all this mean for you, the homeowner who is struggling to get by making payments on a home that may not be worth what you paid for it? It means you should consult with an Atlanta Foreclosure Attorney if you think you will soon fall behind on making payments on your house.

It's rare, but sometimes possible, for a homeowner to successfully convince the bank to modify their loan to correspond with its current value. While it can happen, financial institutions have been unwilling to help homeowners who want to try to stay in their houses. They would prefer to file a foreclosure lawsuit, go to court and hope a judge slams the homeowner with a judgment.

If you are already in foreclosure but want to save you house, discussing Chapter 13 bankruptcy could be an option for you. It immediately stops foreclosure and allows you to work on a 3- to 5-year payment plan to pay off your debts.

Consult an Atlanta Bankruptcy Attorney to Stop Foreclosure: May 30, 2011