As we previously reported on the Atlanta Bankruptcy Attorney Blog, more and more people are considering Chapter 13 bankruptcy, though it's easily the least popular of the two choices. 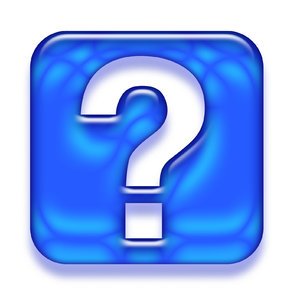 Chapter 13 bankruptcy, Atlanta bankruptcy lawyers will tell you, is designed for people who are earning a living or have some form of income, but who are still overwhelmed with debt. This form of bankruptcy is written for consumers who want to keep their house, cars and other assets and not risk them being liquidated to pay for the debt that is owed.

Under Chapter 13, a person can keep his or her assets, but must adhere to monthly payments, typically over a 3- to 5-year period. After those payments are made, which result in the consumer paying back less than what is owed, the remaining debt is set aside.

Chapter 7 bankruptcy, however, is designed for those without a steady income, but who have debt that they want to eliminate. This is the most popular and most commonly considered form of bankruptcy.

In Chaper 7, a consumer usually has very little income, typically from job loss, and has been hit hard with other misfortunes, such as huge medical bills and large loan fees.

In this form of bankruptcy, the debtor is allowed to discharge all unsecured debts, such as credit card bills and medical bills, without having to pay anything back. There are times when a person under Chapter 7 may have to give up some assets so they can be sold to pay back part of the debt, but that depends on the individual situation. In many cases, a person can keep his or her home, vehicles and other significant assets and still qualify for Chapter 7.

As the article lays out, there are considerations for both forms of bankruptcy. Qualifying for one type over the other depends on income levels, the type of debt, and how much is owed.

Declaring bankruptcy is an important decision for a consumer, but it is not one to take lightly. Whether you are considering Chapter 13 or Chapter 7, there are limits on how often a consumer may file for bankruptcy, so the choice must come after strong consideration of all the options.

That's why seeking out an experienced Chicago bankruptcy lawyer is important -- someone who has spent years helping people regain financial freedom.

Whether working or recently unemployed, debt can attack anybody. And rather than deal with creditors making constant harassing calls or dealing with possible wage garnishments, filing for bankruptcy will get creditors off your back and get you back on your feet.

Credit Card Companies Desperate For Consumers Who May Be Thrust Into Atlanta Bankruptcy: October 19, 2011