Our nation's economy and the world's economy has struggled to get recover after years of bank business that went largely unregulated.

After the collapse of the United States' real estate market, things have been slow to recover. After years of prosperity in the mid 2000s, times have quickly turned bleak as banks and other businesses began laying people off and cutting back in such a tough economy. 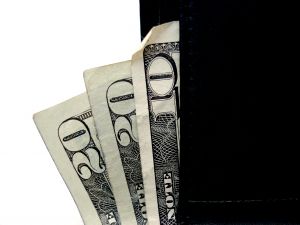 With housing prices plummeting and people losing their jobs, foreclosures have gone on the rise in Chicago and elsewhere throughout the country. At a time like this, bankruptcy in Chicago must be an option worth considering.

Homeowners are losing their jobs, which is forcing them to stop making monthly mortgage payments. After only a few missed payments, banks are calling and writing letters, urging homeowners to either pay up or get out. But without an income, Chicago bankruptcy lawyers know it is impossible to meet such demands.

Kiplinger recently reported that President Barack Obama's plan to help the housing market has done little to relieve the pressure. After promising that government-backed mortgage programs would help millions of families, the President's programs were largely unused by banks and did little to actually aid homeowners.

As Kiplinger reports, the President's new plan would target "underwater" borrowers -- people whose homes are worth less than what they're paying for them -- to help ease their burden. But the plan doesn't help in addressing the root problem that caused the real estate meltdown.

While foreclosures are the public face of the housing market crash, the underlying issue is what sinking home values have done to equity. Equity in houses is down $7 trillion, or 50 percent since the crash. As a result, many consumers have cut back on spending, which makes up 70 percent of economic activity nationwide.

With a glut of foreclosed homes on the market, it could take years or even decades before prices return to what they were pre-recession. Either way, it's likely that the problems will keep consumers wary of making such a big investment.

The President's initial plan was to help 3 to 4 million homeowners, but the number is less than 1 million. The new goal is to help just over 1 million underwater homeowners, but Kiplinger predicts this isn't possible without home prices rising.

It's obvious that these government-backed programs are being shunned by banks as they find it more profitable to go ahead with foreclosure rather than work with homeowners. But bankruptcy in Chicago is a way to prevent foreclosure without the banks' cooperation.

In bankruptcy, whether an owner has missed one payment or 10, the foreclosure process stops. As unsecured debt such as credit card bills and medical debt gets eliminated, the homeowner can come out of bankruptcy able to make payments on a house. And when the process is ongoing, homeowners can typically stay in their homes.

It's not always the case that a consumer will lose their house after the bankruptcy process is completed. In fact, in many cases they keep their home, get rid of the rest of their debt and can continue making payments.

Every case is different and discussing it with a skilled bankruptcy lawyer should be a homeowner's first priority if they are struggling with debt and are unable to make payments.

The Fatal Flaw of Obama's Mortgage Plan, by John Maggs, The Kiplinger Letter