Banks are big businesses that we rely on to keep our money safe and our accounts secure. Many banks, despite help from the government, lose their way and need bailed out by other banks that have the finances to overtake them.

We have seen this quite often in the last few years. But transitions don't always go smoothly and many times mistakes are at the expense of the customer. Consolidations often cause errors in customer records, which have a lasting negative effect on bank clients. Bank customers who don't check their accounts routinely can find themselves in the midst of a credit debacle when applying for car loans, mortgages, or home equity loans. 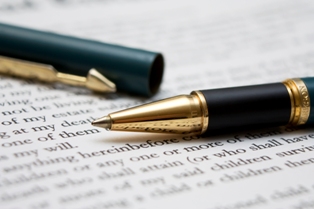 Erroneous accounts lead to lenders denying loan applications for customers who wouldn't normally be denied. Chicago Bankruptcy Lawyers know that the behavior of banks has had much to do with the economic problems facing consumers. Banks have swung from free credit to no credit. Understanding your rights as a debtor is critical to protecting the financial well-being of you and your family.

The Chicago Tribune recently reported about a woman in jeopardy of personal bankruptcy after a bank take-over which ultimately ruined her credit score. A respectable business woman and entrepreneur, she discovered that her bank was double-reporting her loans to credit bureaus following a takeover of her original bank. Potential lenders denied her loan applications because on paper, she looked like she was way over extended.

Unfortunately, it's not an uncommon problem. "Bank A acquires Bank B, and during the absorbing of Bank A something goes awry and accounts get misreported to the credit bureaus," states a former executive with a credit reporting firm. The former executive personally went through the same situation and is currently serving as an expert witness in a similar case.

We posted previously on our Chicago Bankruptcy Lawyer Blog how important credit scores are when applying for loans because high ratings can ultimately save you money.

After years of fighting with the bank to repair the error made on her credit, the Winnetka businesswoman filed a federal suit. Following her first complaint over 5 years ago, she saw her FICO score fall in excess of 75 points. Then, seeking help from a credit-repair firm, she was told the errors were not fixable. In total she has five loans with the bank totaling $3.8 million but the misreporting made it look like she was over her limit on all five loans. The judge has dismissed some claims but has upheld a complaint that the bank pulled her credit report when she had not applied for a loan. Bank customers are protected by the Fair Credit Reporting Act which states credit reports cannot be reviewed without the permission of the client.

If you are struggling with bad debt or have questions about consumer debt issues, contact a Chicago Bankruptcy Lawyer to review your case. Call the DebtStoppers Bankruptcy Firm at 1-800-440-7235 today.