Debt is skyrocketing in America, leaving many households struggling to make ends meet. According to economywatch.com, the Federal Reserve reports $2.4 trillion in debt, much of it unsecured in the form of credit card debt or medical bills.

If you, a friend or a family member is struggling with mounds of credit card debt don't attempt to handle it on your own. Contact Chicago Bankruptcy Lawyers and decide what your best option may be. Bankruptcy may allow you to eliminate your debts or set up affordable payment plans to pay them off. 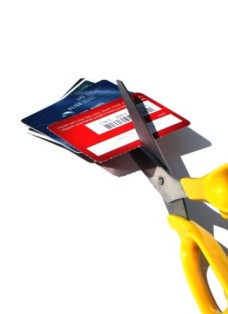 About 33 percent of the $2.4 trillion in debt is considered unsecured debt, such as credit card debt, while the rest is locked up in loans, such as mortgages, car loans and student loans.

Here are some other debt numbers that may shock you:

While that may seem shocking to you, it's not to Chicago DebtStoppers. We see people every day who are struggling to get by and are using plastic as a way to put food on the table and a roof over their family's head.

But there are ways to eliminate nagging creditor calls and get your life back on track. It's possible that Chapter 7 bankruptcy in Chicago is the path that will get your family back on track. Depending on your assets, Chapter 13 bankruptcy may be best to protect your home but still eliminate debt.
To find out, take our free debt analysis and then call.