Children of Homeowners Are Unseen Victims of Foreclosures in Chicago

Losing a house to foreclosure isn't easy for a homeowner - but it may be even harder on the homeowner's children. 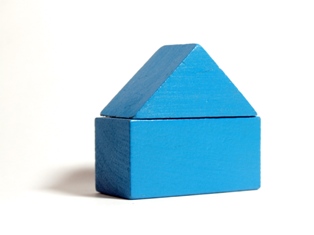 USA Today reports that 2.3 million kids have been forced from their homes since the foreclosure crisis began in 2007.

Another 3 million live in houses that are already in the foreclosure process or are at serious risk of foreclosure due to delinquent payments. As our Chicago Bankruptcy Lawyer Blog recently reported, a new wave of foreclosures - perhaps the biggest yet - is poised to hit the market later this year.

The damage goes deeper than simply losing a roof over one's head.

Studies show that when kids are forced to move during the school year, their reading and math scores decline significantly. Because such a large transition can be challenging socially as well as academically, older kids may be more likely to drop out of school.

Children are also affected by their family's reaction to the stress of foreclosure.

An analysis on MSNBC.com suggests that people under serious financial stress may be less attentive as parents. Money problems can wreak havoc on marriages, and children often suffer the fallout.

Families thrive on stability. While it's impossible to ensure a perfectly stable environment when prices, wages, and job security are always changing, maintaining a home can give a child a sense of security amid all the unknowns. For many families, filing for Chicago bankruptcy makes it feasible.

Chapter 13 bankruptcy can give consumers the power to legally stop foreclosure.

Often times, it's not the mortgage alone that's the problem. Credit card bills, payday loans and other obligations demand money that could be going to pay the mortgage.

By halting the foreclosure process, bankruptcy allows consumers with steady incomes the time to work out a reasonable repayment plan for overwhelming debt. As long as homeowners make timely payments, any remaining debt is usually discharged at the end of the repayment period.

Every family's financial situation is different. If you're in danger of losing your home, a Chicago bankruptcy lawyer can help you understand your options.

To speak with one of our knowledgeable Chicago bankruptcy attorneys, call the DebtStoppers Bankruptcy Law Firm at 800-440-7235. Contact us today for your complimentary debt analysis.

Homeowners Hurt by Flood of Foreclosures May Find Relief with Chicago Bankruptcy: April 18, 2012