If predictions for spending on Black Friday hold true, it could mean a boost for the U.S. economy. But while that's a good thing for retailers, it may not be good news for consumers, say our bankruptcy attorneys. 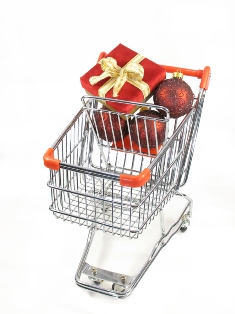 Consumer credit card behavior appears to be returning to pre-recession levels. That means an increase in spending - and in late payments.

The average American borrower had nearly $5,000 in credit card debt in the third quarter of 2012, up 4.9 percent from a year earlier, according to a report released by credit bureau TransUnion this week.

Late payments, which have been at record lows as people cut back on credit during the downturn, have slowly begun to rise once again. Thirty-six states noted increases in credit card delinquency rates, reports TransUnion.

If history repeats itself, consumer debt will continue to rise in the fourth quarter as borrowers rely on credit cards to pay for holiday shopping sprees.

Between gifts, food, and fun with family and friends, sometime it feels like you can't escape the holidays without going into debt. But it doesn't have to be that way.

It's tempting to use plastic because, by postponing payments, you don't have to worry about emptying your bank account - at least not today. But paying with credit makes things worse in the long run thanks to interest, fees, and potential credit damage.

Credit cards aren't inherently bad - but if you're going to use them this season, here are a few thing to keep in mind.

Banks lowered many consumers' credit card limits in wake of the subprime mortgage crisis. If you're increasing your credit card spending, it can be easy to approach the limit on your cards before you realize it.

Even if you don't exceed your limit, it's still important to monitor spending. Remember: the more of your available limit you use, the lower your credit score.

Missing just one payment can send your credit score plummeting by 100 points. That means higher interest rates on future loans, difficulty obtaining a mortgage, and even higher insurance rates. And that's in addition to late payment fees.

Often times, just one late payment is all it takes for debts to snowball out of control.

Keep an eye on your overall debt picture

If your debts are too big for you to manage, ignoring them during the holiday season won't make them go away. Often times, it takes a drastic approach like filing for bankruptcy to get your finances under control.

This isn't the time to live in denial. Once the holiday glow is over, you'll be left to start the new year buried under debt. Instead, why not turn over a new leaf in 2013? Staying in control of spending - and getting a handle on existing debt with bankruptcy - can make it possible.

Whether you're paying with credit, debit or cash, reigning in spending and dealing with debt today can mean a more stress-free holiday season - and a much happier new year. Bankruptcy can help you get there.

To learn more about bankruptcy and its ability to free you from debt, call DebtStoppers at 800-440-7235. Call today to schedule your free personal debt analysis with an experienced bankruptcy attorney in Atlanta, Chicago or Tennessee.