Despite Small Declines in Debt and Delinquencies, Consumers Still Rely on Credit Card Debt in Tennessee

The good news is that credit card debt fell in the first quarter of 2012. 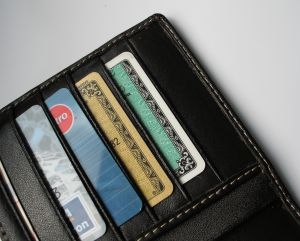 The bad news is that a large number of Americans are still unable to pay basic expenses such as the mortgage, rent, groceries, and insurance without the help of credit - making high interest rates, credit card fees, and poor credit scores practically a given.

In a recent survey of low- to middle-income families conducted by policy center Demos, credit card debt in 2012 was $7,145, 27 percent lower than in a similar 2008 survey.

Yet 40 percent of those surveyed by Demos couldn't pay standard living costs without credit because they didn't have enough in personal bank accounts.

Much of the debt revealed in the survey was accumulated as a result of unemployment and medical bills. In fact, 86 percent of participants who had been jobless in the past year say they took on credit card debt as a result.

While the Credit CARD Act - which went into law three years ago this May - has made it easier for consumers to make larger payments and avoid surprise rate hikes, paying off debts of $10,000 or more can still take decades.

Many borrowers get caught in a vicious cycle in which the only way they can afford to make minimum payments is by opening up additional lines of credit. As their balances increase on multiple cards, interest and fees rise while credit scores plummet.

No matter how many consumer protection laws are enacted, creditors work to make sure credit card debt is easy to get into but nearly impossible to get out of. If you're overwhelmed by debt, Tennessee bankruptcy can offer a solution.

Chapter 7 bankruptcy was specifically created to provide struggling consumers with relief from mounting unsecured debts such as credit card and medical debt.

Immediately after filing, consumers are protected from creditor harassment. Debt can sometimes be eliminated in just a few months - or, in some cases, weeks.

Waiting for your financial situation to get better isn't a smart strategy. Without intervention, large debts tend to grow larger with time. By filing for Tennessee bankruptcy, it's possible to reduce or completely eliminate debt - and the problems that come with it.

To determine if bankruptcy is right for your debt situation, call the DebtStoppers Bankruptcy Law Firm at 800-440-7235 for a free one-on-one debt analysis with a professional Tennessee bankruptcy attorney.

Economy Picks Up, But Consumers Are Still Weighed Down by Debt in Tennessee: May 18, 2012

Credit Cards Still Survival Strategy for Americans, by By Bill Hardekopf, The Street