Foreclosure Rate Falls to New Low, But Most of Decline Occurs Only in California

It's still only February, and already 2013 is shaping up to be a better year for the housing market. Recently released data indicates that we've surpassed the peak of the foreclosure crisis. 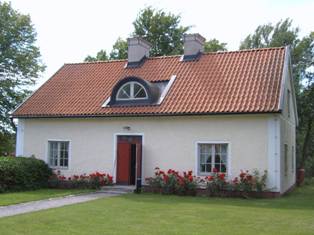 According to RealtyTrac, foreclosure activity - which includes default notices, scheduled auctions and repossessions - fell 7 percent since last month and a remarkable 28 percent from January 2012.

However, most of the decline occurred in a single state: California, which has long suffered the highest foreclosure rate in the U.S.

On January 1, a new California regulation - the Homeowner Bill of Rights - went into effect. The law stops foreclosure proceedings once a homeowner has applied for a mortgage modification. As a result, new foreclosure filings in California are now down 65 percent from a year ago.

That's good news for residents of the Golden State, but it doesn't mean much for the rest of the country where foreclosure filings are still double what they were in 2005, before the subprime mortgage fiasco imploded the housing market.

Of course, even California residents who qualify for loan modifications aren't protected from foreclosure permanently. At best, most modifications will only lower a mortgage payment by a few hundred dollars per month - and that doesn't take into account the fees and tax implications that come with modification.

In some cases, loan modifications may actually increase a borrower's monthly payment; if a borrower has been delinquent for a long period of time, the unpaid amount can be spread on top of regular payments.

There's only one surefire way to stop foreclosure, and that's to get - and stay - current on payments. For many of us, this means eliminating overwhelming debts. And when it comes to getting out of debt, no solution is more reliable than bankruptcy.

Bankruptcy provides the ability to reorganize debts into payments determined not by your lender, but by the amount you can afford. Imagine how much more manageable it will be to make your mortgage payment when you're not struggling to also pay credit card bills, medical bills, car payments and more.

If you've fallen far behind on your mortgage, filing for Chapter 13 bankruptcy also has the power to legally stop foreclosure while you work out your new payment plan - whether you're a month behind or are just days from losing your home to the bank.

With bankruptcy, you can put your past behind you so you can move forward - to a more affordable home, fewer debts and a brighter future.

Wondering if bankruptcy could help you get rid of debt and keep your home? Call DebtStoppers today to schedule your free personal debt evaluation with one of our expert bankruptcy attorneys.