Could the foreclosure crisis officially be over? Foreclosure filings in the first quarter of 2013 fell to the lowest level since 2007, according to new data from RealtyTrac. 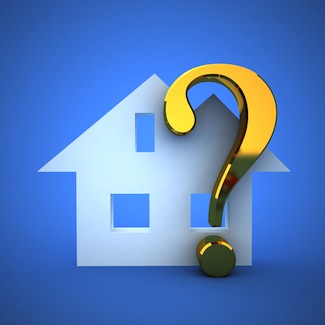 This March, banks took ownership of 44,000 homes. While it may sound like a lot, compare that with September 2010, when banks repossessed more than 100,000 properties.

Foreclosure activity has slowly started to decline in recent years for several reasons.

For instance, more homeowners are turning to foreclosure alternatives such as short sales - or are avoiding the loss of their homes entirely by filing for Chapter 13 bankruptcy, which stops foreclosure proceedings.

The surge of foreclosures that occurred when banks resumed processing paperwork following the robo-signing scandal has mostly subsided.

Even the reasons for foreclosures have changed.

At the height of the housing bust, homeowners were defaulting due to plummeting home prices and outrageous mortgage terms. These days, most folks losing their homes to foreclosure are struggling with non-mortgage financial troubles - say, a job loss, illness or divorce.

Of course, having too much credit card debt is still a leading cause of mortgage default for everyone from low-income families to wealthy households.

But while the foreclosure drop-off is good news for homeowners in most parts of the country, there are still a few states buried under a backlog of foreclosures. Foreclosures in Georgia, Illinois and Florida are higher than in any other state.

Even more bad news: Many foreclosures in these states are being dismissed because banks aren't ready to proceed with their cases. However, this gives homeowners false hope, as dismissed cases can be reopened at any time.

In some cases, homeowners have fallen in and out of foreclosure two or three times, ultimately losing their home - in addition to dollars lost dealing with the process.

If you're at risk for foreclosure, it's never too soon to protect your home. When you file for Chapter 13, a legal action called an automatic stay has the power to stop foreclosure proceedings while you pay off debts over a manageable timeframe.

If lack of income requires you to file for Chapter 7 bankruptcy, it may still be possible to avoid foreclosure. Meanwhile, you can eliminate most crippling unsecured debts, such as credit card debt and medical bills.

The tide of foreclosures is turning, but there are many factors that still put homeowners at risk. With bankruptcy, you can protect against foreclosure while relieving debt and improving your family's finances - a win-win any way you slice it.

Wondering if bankruptcy could benefit your financial situation? Contact DebtStoppers today at 1-800-440-7235 to schedule your free personal debt consultation with one of our professional bankruptcy attorneys.

Despite Common Belief, Many Debt Plagued Homeowners Can File for Chapter 7 Bankruptcy: March 8, 2013

Decline In Foreclosure Backlog May Give False Hope, by Kimberly Miller, The Palm Beach Post