Baseball hotshot, Lenny Dykstra, was arrested in California for reportedly selling $400,000 worth of belongings and trashing his million-dollar mansion after he declared bankruptcy in 2009, the Los Angeles Times reports. He reportedly sold many of the items for cash.

The house the baseball star purchased from hockey great Wayne Gretzky may come with some repair jobs, as the baseball star reportedly took truckloads of fixtures and other items from the house and ripped out a $50,000 stove from the property without consent of the bankruptcy trustee, according to Fox Business. 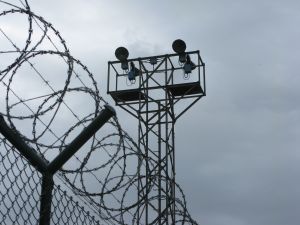 Our Chicago bankruptcy lawyers urge you to contact a lawyer immediately if you or someone you know is currently going through bankruptcy. While bankruptcies can be filed without a lawyer, as a federal court case it is much more complicated than many realize. A qualified attorney can help make sure you stay on the right side of the law. A lawyer will help you through all of the proper steps in helping you to organize your financial situation. It is important to remember, too, that failing to include a creditor in a bankruptcy filing can make you responsible for that debt even after a bankruptcy is discharged.

Dykstra, a former Phillies and Mets outfielder, retired from the Phillies in 1996 and has since gained attention for his work as a stock picker and for frequently appearing in the financial media, including guest appearances on FOX Business. He was hired, by CNBC "Mad Money" host Jim Cramer, to write a stock-picking column for the influential website, TheStreet.com

Authorities state that the baseball star gone writer sold the removed sports memorabilia on Craigslist and eBay. He was arrested and jailed on a $500,000 bail. USA Today reports, Dykstra could face up to five years in a federal prison if found guilty of the charges.

If you need a Chicago bankruptcy attorney, call the DebtStoppers Bankruptcy Law Firm at 800-440-7235 today for a free debt analysis.