With people still reeling from the Great Recession, bankruptcy filings are on a constant uptick. In Georgia, personal bankruptcy filings increased from about 50,000 in 2007 to nearly 77,000 in 2010, which is a 54 percent jump, the American Bankruptcy Institute reports.

That tells the story about why you should consult with Atlanta Debt Lawyers if your personal debt is growing out of control. Don't let it continue to mount until you are drowning in unpaid loans and credit card bills. Stop creditors from harassing you, your work and your friends. 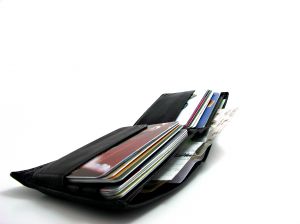 AACER and the American Bankruptcy Institute noted that in 2010, Nevada led the country in bankruptcy filings, followed by Tennessee and Georgia. Nevada had 10.3 filings per 1,000 residents, while Tennessee had 8 and Georgia more than 7. Often it can be a job loss or a catastrophic health issue that causes bills to pile up. It's not always poor spending habits that lead to high debt numbers.

But regardless of the reason for the debt, many people right here in the Atlanta metro area need help. Atlanta bankruptcy attorneys can help. If you are behind on payments, are fending off calls from bill collectors or hanging on to your home by a thread, bankruptcy may be the process that eliminates many of your problems.

While bankruptcy isn't for everyone, the laws are set up to help people who are unable to get out from under the many forms of debt that can cause emotional and physical problems. Atlanta Chapter 7 bankruptcy may be best for you if you have few assets and low income and you're struggling to pay the minimum on your credit cards every month. But it's also possible that Chapter 13 bankruptcy works best if you have a large asset like a home that you want to save. Filing Chapter 13 bankruptcy in Georgia stops the foreclosure process and allows you to set up an affordable payment plan while still salvaging some of your assets.

Here are some shocking debt statistics from economywatch.com: