Residents of Atlanta and the rest of Georgia live closer to the financial edge than those residing in any other U.S. state, according to a recent study. 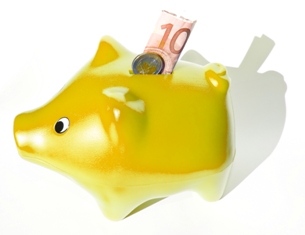 Corporation for Enterprise Development, a nonprofit educational organization, ranked Georgia residents as the most financially unsecure in the country, based on factors such as debt load, assets, and savings level.

However, that doesn't exactly mean that those in the Peach State are poorer than residents of other regions, say researchers. In fact, plenty of study participants were middle class consumers with well-paying jobs.

However, many are considered "liquid-asset poor," meaning they spend most or all of their monthly income and have little savings, often because of overwhelming debt.

Georgia residents frequently reported that they are just one or two paychecks away from being unable to pay their bills.

When you don't have a cash cushion to fall back on, all it takes is one misstep or instance of bad luck to send you spiraling downward into financial ruin.

Our Atlanta bankruptcy lawyers have helped many clients who were able to scrape by until the day a financial emergency struck. Without savings, they were suddenly forced to rely on credit cards and payday loans, usually with ridiculously high interest rates.

In some ways, being liquid-asset poor is almost more dangerous than living below the poverty line because middle class Americans often don't realize they're in danger - and thus don't make any preparations.

With wages flat and costs like healthcare, gas, and groceries all rising, spending your entire paycheck is just setting yourself up for trouble.

For Atlanta residents already drowning in debt, bankruptcy can be a saving grace.

If you've been put in a tight spot because of your lack of savings, Atlanta bankruptcy has the power to help you get current on your mortgage, eliminate payday loans, and get out from under the thumb of creditors - so you can bounce back from adversity no matter what.

How to Tell If You Have Too Much Credit Card Debt in Atlanta: January 11, 2012

Georgia Is Dead Last in Financial Security, by Craig Schneider, The Atlanta-Journal Constitution

Working Poor: Almost Half of U.S. Households Live One Crisis Below the Bread Line, by Alexander Eichler, The Huffington Post