Georgians’ Dream of Owning a Home Dropping; Bankruptcy and Foreclosure Defense are Options

A recent report by The New York Times states that the percentage of homeowners has reached 1998 levels and could continue declining to levels not seen for 30 years as people are trapped in upside down mortgages and dealing with foreclosures in Atlanta and elsewhere.

Atlanta Bankruptcy Attorneys have seen the frustration experienced by homeowners dealing with mounting debt or uncooperative banks. We know that there are always bills to pay and with unexpected medical bills, the loss of a job or increasing credit card debt, it's not always easy. That's why we are here to guide people into making the best decisions for their financial futures. 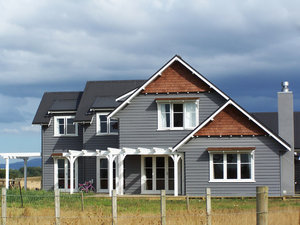 The New York Times article reports that given the Great Recession and the collapse of the nation's housing market, the percentage of homeowners has dropped to a low level of 66.4 percent. That's down from 69.2 percent in 2004. Analysts believe the levels could continue declining.

Many people believe the drop in home ownership is simply a matter of the economy -- lost jobs, more debt and an increased number of foreclosures. But because of the recession and the problems people are having with their homes, many Americans don't see owning a home as part of the American Dream anymore. Fears of having their house fall into foreclosure because of a market collapse has caused many people to become satisfied with renting.

Bloomberg reports that the S&P/Case-Shiller index of property values in 20 cities fell 3.6 percent from March 2010, the biggest year-over-year decline since November 2009. The index is the lowest it has been since March 2003, which analysts believe means prices will continue to steadily drop.

Atlanta Bankruptcy Attorneys have seen the many people who are struggling to make payments and wished they had never bought a house in the first place. But there are also many others who are frustrated by the housing market collapse and who want to stay in their house, though it has become increasingly difficult to make payments. Still, they find banks are often unwilling to modify a loan in Atlanta.

While many people may think bankruptcy is embarrassing, they shouldn't. Millions of people have used these laws to protect them and to recover from debt caused by credit cards, large medical bills or unemployment.

According to March statistics by the United States Bankruptcy Court, nationwide Chapter 13 filings rose 5 percent to 438,788 from the 415,966 bankruptcies filed in the 12-month period ending March 31, 2010. The number of Chapter 13 filings came in second only to Chapter 7 filings.