Even before Halloween, there were Thanksgiving decorations and now there are Christmas and December holiday sales being pitched, some seven weeks out.

Sadly, however, all this spending will thrust many Americans into debt in Atlanta because of the predatory actions of credit card companies. 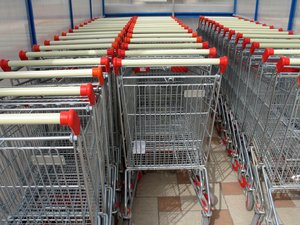 Atlanta bankruptcy lawyers know that high spending, holiday shopping and credit cards are a bad combination. Consumers believe they can simply pay the debt off at a later date.

But what happens if they lose their job at the beginning of January? This economy isn't exactly stable. People are losing their houses, their jobs and their income. There's always the possibility of a major medical issue or high hospital bills.

These are all variables that consumers must consider when they plan out their shopping this winter. And stores are already gearing up in anticipation of the holiday season.

Not to be outdone, electronics retailer Best Buy has announced it will open at midnight on Thanksgiving to ensure it capitalizes on the shopping madness. Some stores will show movies starting at 9 p.m. Thanksgiving to make sure they get as much business as possible.

CNNMoney reports that the store will give free shipping on purchases directly from its website and will give online shoppers a chance to win gift cards throughout the day through its social media pages.

And while October retail numbers were disappointing in the industry, the National Retail Federation is estimating that sales for 2011 will reach $465.6 billion, a 2.8 percent increase from 2010, ABC News reports. That signals a big holiday spending spree by Americans.

All this spending may be great for the economy, but it can be treacherous for consumers. By spending more than they can afford, consumers put themselves in a tough position.

For one, it adds to their credit card debt. But more importantly, it puts credit card companies in the driver's seat. When they know you have thousands or tens of thousands of dollars on your credit cards, they control you. They can kick in hidden fees, hike interest rates and make life difficult.

When a consumer stops paying on their card, the credit card companies can threaten wage garnishments, constantly call and ask for payments, send letters, e-mails and even contact employers or associates. Being buried in debt over holiday spending is not worth it.

Bankruptcy can clear these problems away, however. By filing for bankruptcy, the creditor harassment ends. They aren't allowed to contact you and their threats must cease.

For a consumer who has been trapped by these predatory practices, bankruptcy in Atlanta will allow them to discharge their debts and move on with life without the burden of owing that much money. Consumers can then put together a plan to ensure this doesn't happen again in the future.

Credit Card Companies Desperate For Consumers Who May Be Thrust Into Atlanta Bankruptcy: October 19, 2011

Wal-Mart to leak its own Black Friday deals, by Jessica Dickler, CNNMoney