With sales of new homes in September jumping to the highest level in years, one might assume the real estate market is finally recovering. 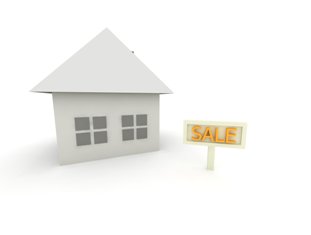 But while the increase is certainly a good sign, it doesn't tell the whole story, say bankruptcy attorneys.

According to the Commerce Department, sales of new homes climbed 5.7 percent last month - the highest increase since April of 2010 - and 27.1 percent in the last year.

In addition, construction of new houses and sales of previously occupied homes have both increased.

That's good news for builders and for folks who have been hoping to put their house on the market. Unfortunately, it's not necessarily good news for potential home buyers.

As USA Today reports, buying a home is still out of reach for many Americans - especially those who hope to purchase their first home. Even if borrowers manage to qualify for a home loan, they may be unable to afford the required down payment.

A recent article in the Fiscal Times noted that, despite deals available in today's housing market, a middle-class income won't afford a home in half of the nation's major cities, such as San Francisco and Miami.

Falling home prices have helped, but not enough to make up for consumer debt and always-rising expenses.

A sluggish economy has left many consumers with massive amounts of credit card debt, outstanding medical bills, and student loans. In turn, large balances and late payments lead to fees, penalties and - ultimately - a tarnished credit score that can make it feel like a home will be out of reach forever.

That doesn't have to be the case, however. If overwhelming debt is keeping you from moving forward in your life, filing for bankruptcy may be able to set you free.

While many folks avoid bankruptcy for fear it will worsen their credit, bankruptcy is often the only tool powerful enough to actually improve credit.

It won't happen overnight, but with a commitment to meeting bankruptcy's requirements, consumers who file for bankruptcy can expect to rebuild their credit for a fresh financial start.

When you relieve the burden of debt, your dreams of owning a home you can afford stand a far better chance of becoming reality.

Find out how bankruptcy can improve your financial situation with a free personal debt analysis courtesy of an experienced bankruptcy lawyer. Call DebtStoppers at 800-440-7235 to schedule your no-strings-attached appointment today.

Middle Class Can't Afford Homes in Half of Major Cities, by Blaire Briody, The Fiscal Times