With mortgage rates hovering at record lows, many homeowners are scrambling to lock in savings by refinancing - in some cases, multiple times. 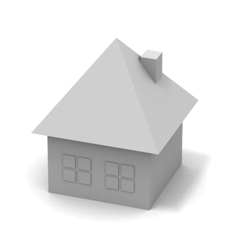 According to new data, nearly 2.2 million homeowners have refinanced a mortgage at least twice since 2009.

Many of these borrowers are being lured in by lenders offering to waive some or all of the closing costs associated with a refinance. Unfortunately, these deals are frequently too good to be true.

Remember, mortgage lenders and banks are in the business of making money, not making consumers' lives easier. They won't do anything if they don't think they'll be able to turn a profit from it.

A lender may claim to waive closing costs or other fees, but what they're not telling you is that those fees are either rolled into the loan itself or paid for via a higher interest rate - or both.

When you refinance, you're essentially taking out a whole new mortgage. That means fees for inspections, document preparation, applications, administration, escrow, title policies, recording, and more. Add yet another refinance down the road, and your costs will double.

In most cases, say our bankruptcy attorneys, homeowners who refinance end up with a bigger loan and longer term. That may be okay for those who have plenty of money and don't mind staying in their home for the next few decades. But if you're like most of us, the benefits just don't add up.

Let's say your new mortgage costs you $3,500 to secure. If you're able to knock off $100 a month due to a better rate, you won't break even for almost three years.

Then there's the issue of credit. Most homeowners seeking to refinance are doing so in hopes of lowering their monthly mortgage payment. But if you've been struggling to stay current on your mortgage, it's unlikely that you'll be able to qualify for a rate that makes a refinance worthwhile.

For financially strained consumers, loan modifications - which modify the terms of an existing mortgage instead of taking out a new one - may seem to make more sense.

Unfortunately, lenders have little incentive to perform modifications, even when pushed by government programs like the Home Affordable Modification Program (HAMP), because lenders know they can charge more fees and late penalties when families are facing foreclosure.

What lenders won't tell you is that even if you refinance or modify your mortgage, you may still lose your home in the end. Refinances and modifications don't work for most people because they don't address the real problem: non-mortgage debt.

Most people have trouble making payments because they're drowning in high-interest credit card debt. Chapter 13 bankruptcy has the power to not only legally stop foreclosure, but to eliminate the most pressing forms of debt - from credit cards to unpaid medical bills. With your credit card debt gone, you may be surprised at how quickly your mortgage payment becomes affordable.

And while lenders may claim bankruptcy will hurt your credit score, in most cases it actually paves the way for you to clean up your score by allowing your family to finally become debt-free.

Chapter 13 lets homeowners reorganize all their debts, not just their home loan. At DebtStoppers, our bankruptcy lawyers have helped thousands of families keep their homes - and their dignity - through bankruptcy.

To learn more, contact DebtStoppers at 800-440-7235. Call or visit us online today to schedule your free personal debt analysis with an experienced bankruptcy attorney.