One of Chicago's post popular websites for food enthusiasts in Chicago is now on sale for at least $40,000 after one of its founders filed for Chapter 7 bankruptcy protection in Chicago.

The Chicago Tribute reports about recent developments in the beloved website LTHForum.com, a message board with hundreds of thousands of posts from reviewers, tourists and residents of Chicagoland who bring their opinions about the cities many dining options. 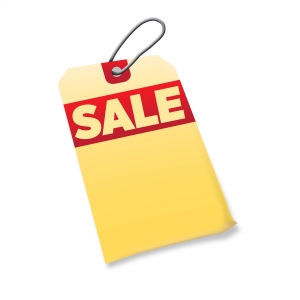 As is common with Chapter 7 bankruptcy filings, those in debt are able to sell off assets to pay creditors and become free from debt. Chicago Bankruptcy Attorneys are well-versed in these matters and are available to discuss the options 24 hours a day.

In the case of LTH Forum, it's bizarre that a website with no advertising and membership fees and free from fancy graphics has commanded an opening bid of $40,000. But, when it comes to online properties, traffic and popularity are king. The founder filed for bankruptcy in 2010 after debt began piling up.

In 2007, the founder borrowed money from another LTH member, yet never repaid. He was sued in 2009 and filed for bankruptcy protection in 2010. LTH Forum was listed as one of his assets and therefore is being put up for sale. The first bid was made by three other members who said they want to keep the site going as is.

In 2010, 64,168 people filed for bankruptcy in U.S. Bankruptcy Court for the Northern District of Illinois, which includes Chicago, according to the American Bankruptcy Institute. That's up more than 200 percent from 2006, when 20,052 people filed.

It is common in Chapter 7 filings that assets will be sold so that the person with the debt can pay it back. It's the most common form of personal bankruptcy and can help people who don't have many assets, but who continue to deal with credit card, medical bill and other forms of debt over the years.

It's possible that a person's debts can be paid off in just a few months, depending on the case. According to the Bankruptcy Code, a Chapter 7 case starts with a petition, a list of assets and expenditures and income in the bankruptcy court nearest to you. A trustee is appointed to start the process of figuring out what assets are available to be sold and determining how to pay off creditors.

While this sounds like a complex process, it is more common that a petitioner has few assets worth selling -- in many cases it's even possible to keep your house and car. Even if you're not sure, use our free personal debt analysis to help determine if this is the right avenue for you, your family and your finances.

If you are on the verge of losing your home or are dealing with unmanageable debt levels, speak with a Chicago foreclosure attorney for advice about how to protect your family. The DebtStoppers Bankruptcy Law Firm can give you a clear vision and guided plan so call 1-800-440-7235 for a free debt analysis today.

Chapter 7 Bankruptcies in Chicago often caused by Medical Bills: May 27, 2011

Those Considering Bankruptcy in Chicago already have Credit Score Blues; New Beginning a Sigh of Relief: May 23, 2011