A Georgia mother-of-two went to return a movie and never came home, according to her family. A frantic search party set out in search of the missing woman shortly after her disappearance was reported. She was later found, about 12 miles away from the store she told her family she was going to visit, according to Mail Online. The 30-year-old woman was found alive and well, but police refuse to reveal where she was as requested by the woman.

While her disappearance remains a mystery, many point to financial woes as the culprit. The family had filed for bankruptcy back in August and was forced to hand over most of their assets, including their two homes in Florida. She and her husband owe more than $1.2 million, including roughly $500,000 in credit card bills. 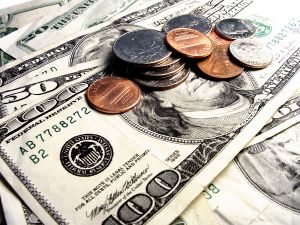 Our Atlanta bankruptcy lawyers understand that financial problems can strain relationships and create stress in a consumer's life. We urge you to seek the help of an experienced attorney, which can stop the harassment of creditors and debt collectors and help you get back on solid financial ground.

Bartow County Sheriff Clark Millsap is not ruling out the burdens of their financial problem as the reason for her disappearance. The woman reportedly left the house shortly after her husband left for a weekend hunting trip. She has chosen to keep her location secret because she is "afraid of her husband," according to reports. The woman was missing for about a week, reports Fox News.

It is not uncommon for financial difficulty to cause problems in a relationship or marriage. One of the leading causes of matrimonial difficulty is indeed the strain caused by financial issues. Especially in these recessionary times, the number of families that experience overwhelming debt continues to increase. Debt can be caused by poor money management, reduced income or the loss of a job. Predatory lending, high medical bills and bad real estate debt are also common causes.

Filing bankruptcy may be the only way for a couple to regain control of both their finances and their marriage.

MSN offers some tips for those thinking about bankruptcy, asking is it right for you?:

-When you file for bankruptcy, you can say bye-bye to those phone calls demanding payments, foreclosures, levies against your bank accounts and wage garnishments.

-Bankruptcy can help you start fresh by eliminating troublesome debt. Those who are able to bounce back after a filing for bankruptcy can start using credit responsibly once again and may even be able to rejuvenate their credit score to near-top notch scores.

-Check your motives. If you see bankruptcy as an easy way out, you're likely to fall back into the same trap. This is especially true if you got to this state through compulsive spending.

-Be realistic. It is in your best interest to contact a bankruptcy attorney if you're thinking about bankruptcy so that you may structure the best deal possible and best protect your rights.

If you or a loved one needs to speak to an Atlanta bankruptcy attorney call the DebtStoppers Bankruptcy Law Firm at 800-440-7235 today for a free debt analysis.