Recent statistics from the American Bankruptcy Institute indicate that the number of people seeking bankruptcy protection in Chicago has remained consistent in 2011.

Chicago Bankruptcy Attorneys have helped countless people get a fresh start on life by attacking credit card, medical bill or other debts through bankruptcy laws. Filing for bankruptcy in Chicago has been a plan many Americans have considered as our national and local economies have gotten shakier in recent years. 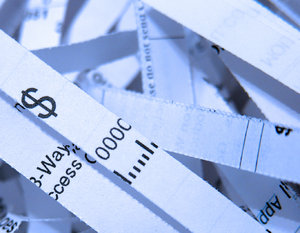 The state unemployment rate sits at 9.2 percent, according to the Illinois Department of Employment Security. The department reports that numbers are slightly worse in the Chicago-Joliet-Naperville metropolitan area, where nearly 10.4 percent of people -- about 430,000 -- were looking for work in June.

For many of these people, they are unemployed through no fault of their own. A company losing work and being forced to cut positions, often has to let go some of its most experienced and loyal workers.

And for those who get cut, sitting in the unemployment line or having to rely on credit cards to pay bills can be devastating. It doesn't take long to run through a savings account, for those who have any kind of money stored away.

And then they find themselves considering bankruptcy to recover from the debt they have amassed in such a short time. Creditors start calling, lenders email and call friends and former co-workers; not only is it an embarrassing situation, it can add a lot of stress to a family.

But according to the bankruptcy statistics, many people have begun seeking refuge in the federal bankruptcy laws that were established to help people in such a situation. Illinois is broken down into three districts for bankruptcy -- the Northern District, Central District and Southern District.

The Northern District, including the population of Chicago, consistently has the most filings. In the first two quarters this year, there have been 15,020 and 15,318 filings each quarter. Recent filings peaked in the second quarter of 2010, when 16,768 people filed for bankruptcy. To put things into perspective, only about 6,700 people filed in this district in each of the quarters in 2007.

The numbers are significant because it shows the many people who are considering Chapter 7 Bankruptcy in Chicago and throughout Illinois. This process allows consumers to discharge most or all of their debt by going through the bankruptcy process.

It requires the navigation of an experienced Bankruptcy Attorney, but it allows people to get a fresh start at life by being able to breath freely without the threat of creditors and lenders constantly hounding for payments. It means moving forward and seeing a bright future.