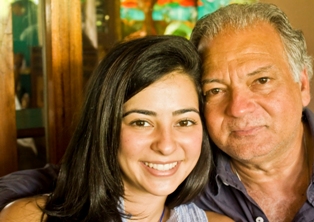 A growing number of grandparents are offering financial assistance to younger family members who are struggling as a result of the recession.

Unfortunately, some may be doing more harm than good, according to a recent report by The Wall Street Journal.

As our Tennessee bankruptcy lawyers discussed earlier this month, younger generations have experienced the most financial suffering in recent years.

People between the ages of 35 and 44 have seen their median household net worth fall 59 percent between 2005 and 2010, the largest percent decline of any group. Flat wages, plummeting home values, and rising credit card debt make it hard for many middle-aged Americans to pay their mortgage, let alone help their children pay for college classes or a car.

On the other hand, many grandparents have seen their net worth increase, albeit slowly.

Today's grandparents are on the young side - most are baby boomers between the ages of 45 and 64 - and many are still bringing home a paycheck. It only feels natural for them to lend a helping hand to their adult children and grandchildren.

But some seniors are making the mistake of not leaving enough funds to cover the costs of their care in the event of a catastrophic medical issue.

For seniors who are still young and mobile, it can be hard to fathom becoming ill or incapacitated. However, it's important to be prepared. It doesn't make sense to bail kids and grandkids out of debt, only to put them back into debt when they must pay for your long-term care.

Another mistake seniors make is being too generous with grandkids. Helping a grandchild purchase a used car or pay a school loan is one thing; helping them pay off credit card debt is another.

Not only does paying down someone else's debt whittle away savings, but it prevents the debtor from becoming financially independent. Grandma and Grandpa won't always be around to bail the kids out.

Often times, grandparents are afraid to admit they've overextended themselves. As a result, more and more seniors end up filing for Tennessee bankruptcy. In fact, the number of filings attributable to people over 55 has grown 12 percent in the last decade.

While not ideal, the good news is that filing for bankruptcy in Tennessee can provide seniors with a fresh financial start.

Without the burden of debt, it can be possible to enjoy financial independence - and the ability to help your family out within reason - well into your golden years.

Wondering if bankruptcy is the right solution for you? Call the DebtStoppers Bankruptcy Law Firm at 800-440-7235 for your free one-on-one debt analysis with a Tennessee bankruptcy attorney.

Tennessee Bankruptcy Helps Members of Hard-Hit Generation X Get Back on Their Feet Post-Recession: June 24, 2012