With the uncertainty of the election over, many Americans are breathing a sigh of relief today. But struggling homeowners now have a new reason to worry. 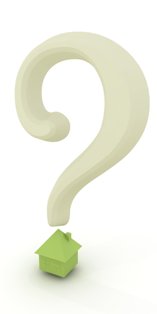 A tax break that prevents homeowners from having to pay income taxes on the forgiven portion of a foreclosure or short sale is set to expire at the end of the year.

If Congress doesn't extend the Mortgage Forgiveness Debt Relief Act of 2007, tens of thousands of homeowners could be affected. Each month, an estimated 50,000 borrowers go through foreclosure and more than 41,000 homeowners complete a short sale, according to CNN Money.

That means that a person who falls into the 25 percent tax bracket could potentially owe $12,500. Imagine perhaps doubling your tax bill in a year, while also losing the roof over your head - not a fun prospect!

Experts disagree on whether Congress will extend the break. On the one hand, the Senate and House both believe it's a good policy. On the other hand, it's rare for Congress to pass legislation in the months after an election, known as the "lame duck" period.

But regardless of whether the exemption is renewed, there is still hope for homeowners.
Borrowers able to discharge debt through a bankruptcy filing won't have to pay the tax.

Bankruptcy protects borrowers in more ways than one. By filing for Chapter 13 bankruptcy, homeowners gain the power to stop creditor actions - including foreclosure. Chapter 13 then continues to protect the property while homeowners work out a payment plan that fits their financial situation.

Whether you've missed a single payment or are days away from having your house sold on the auction block, bankruptcy offers a priceless second chance.

With the right bankruptcy plan, you won't have to wait to see if Uncle Sam bails you out. You have the freedom to put yourself and your family on the path to a better financial future - today.

Want to know if bankruptcy can get your finances - and your mortgage payments - back on track? Give DebtStoppers a call at 800-440-7235 to schedule your free personalized debt evaluation. Call 800-440-7235 today to speak with one of our experienced bankruptcy attorneys.