According to a recent article by U.S. News & World Report, several senators and representatives in Washington have proposed legislation that would allow people who file for bankruptcy in Atlanta and nationwide to include student loans in their debt relief.

This is great news for those who are saddled with mounds of student loans that can't be paid back. If you are a recent graduate or even someone who has been paying back bills from college for years, consulting with an Atlanta Bankruptcy Attorney would be a prudent first step to take. 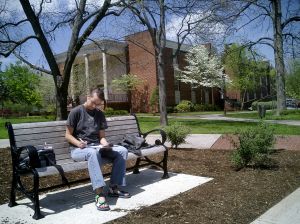 As college costs continue rising, most of those increases are passed onto students. Coupled with an economic climate that has made even the most experienced job candidates uncertain of their prospects, it is good news to think that lawmakers may actually be doing something to help.

Democratic senators from Illinois, Minnesota and Rhode Island as well as Democratic representatives from Tennessee, Illinois, Michigan and California introduced parallel measures recently that would restore the ability to discharge commercial student loans in bankruptcy proceedings, reversing a change made in 2005.

And the measure comes at a good time. According to the John J. Heldrich Center for Workforce Development at Rutgers University, only 56 percent of 2010 graduates were able to find work. That's down significantly from the classes of 2008 and 2009.

"Before changes were made to the bankruptcy code in 2005, only government issued or guaranteed student loans were protected during bankruptcy," said Sen. Dick Durbin (D-Ill.) in a press release. "This protection has been in place since 1978 and was intended to safeguard federal investments in higher education.Today's bill would restore the bankruptcy law, as it pertains to private student loans, to the language that was in place before 2005, so that privately issued student loans will once again be dischargeable in bankruptcy."

Changes to the bankruptcy code in 2005 took out the provision to claim student loans during bankruptcy, but if the new measure passes, it would make getting rid of debt much easier. Currently, a person must show that paying student loans presents an "undue hardship" or that they are physically unable to work and therefore pay back the loans.

And according to the Department of Education, the default rate on student loans for the 2008 fiscal year was about 7 percent, showing that students stuck jobless and without prospects simply stopped paying on loans for education that hasn't helped them find work.

According to that data, student loan default rates for some Georgia colleges and universities over a two-year period:

This provision would make the already helpful option of filing for bankruptcy a good fit for some people. Filing for bankruptcy can help a person discharge most debt and allow them to start over financially. It takes some work and consultation from an experienced Atlanta Bankruptcy Lawyer, but it can lead to a fresh start.

There are other forms that allow people to set up a payment plan that is affordable and pay back part of the debt that has been build up over time. Struggling to keep one's head above water is no way to live. Use the options available to all Americans under federal law.

Life After Bankruptcy in Atlanta Easier With Five Tips for Moving On: June 25, 2011