The results of a study conducted through the University of Illinois found that those who filed for bankruptcy protection have largely seized their chance at financial redemption and are changing their financial lives for the better, according to an article on Mother Nature Network.

Our bankruptcy lawyers in Joliet, Chicago and elsewhere in Illinois see the change in our clients, from their first office call or visit to the resolution of their case. Debt can create an enormous amount of stress in a household, particularly those under the relentless barrage of collection agencies. 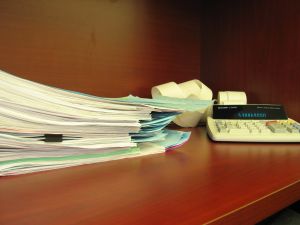 Chapter 13 or Chapter 7 bankruptcy protection in Chicago affords families the opportunity to regain their financial freedom and independence and to begin enjoying life again. The study found mandatory counseling required by bankruptcy reform in 2005 is having a positive impact.

Reforms in 2005 require pre and post bankruptcy counseling. As we have reported, the measures were largely a handout to banks, which were complaining about the consequences of their own irresponsible lending practices. An income-to-debt test meant to require some to enter repayment plans was the other big change. However, as we reported on our Chicago Bankruptcy Lawyer Blog, consumers struggling with mortgage debt, credit card debt and medical bills continue to file bankruptcy in record numbers.

"That''s not to say people aren't facing problems post-bankruptcy," said Angela Lyons, an economist and the study's leader. "But, they wanted to start implementing good (financial) behaviors, and they have started doing that."

-Better tracking of expenses and income.

-Keeping their debt-to-income ratio below 20 percent.