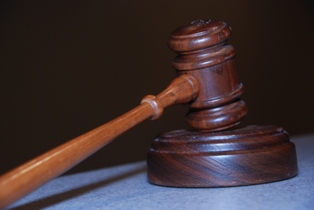 Of the total, $146 million is earmarked for Tennessee, according to the Memphis Business Journal.

The five big banks involved in the deal were part of a nationwide investigation of improper foreclosure practices in which mortgage servicers used robo-signed documents and other potentially incorrect information to unfairly throw people out of their homes.

By hashing out the agreement, lenders were able to avoid criminal prosecution.

Money resulting from the settlement is intended to help prevent more foreclosure problems, ease the current mortgage mess, and assist some of those who lost their houses.

Unfortunately, Tennessee bankruptcy lawyers say it may not do much good for those who need it most.

Most of the money is being distributed to help state and local government agencies better enforce fair lending practices. If successful, this is good news for those buying a house in the future - but it doesn't do much for people who have already been thrown under the bus by lenders.

It's estimated that about 750,000 borrowers who can demonstrate they lost a home to improper foreclosure between January 2008 and 2011 could qualify for receiving a check for up to $2,000.

However, in order to qualify, your mortgage must have been serviced by one of the five participating banks - Bank of America, Ally/GMAC, Wells Fargo, Citi, or JPMorgan Chase.

The settlement can't be used for loans serviced by Fannie Mae and Freddie Mac, which together make up about half of mortgage debt in the United States.

For most borrowers, the settlement is too little, too late. But that doesn't mean borrowers are out of options.

Whether you're in danger of missing your first mortgage payment or the bank has already started the foreclosure process, filing for bankruptcy in Tennessee can protect your home.

For those who have already lost a house, bankruptcy may be the best way to eliminate credit card debt, get back on your feet, and - once you've successfully met the requirements of bankruptcy - improve your chances of qualifying for future loans.

With Chapter 13 bankruptcy, homeowners are able to make affordable payments over a period of 3-5 years. With the burden of unsecured debt gone, meeting obligations such as the mortgage payment may become more manageable.

Why wait until your home becomes a statistic? By speaking with a professional Tennessee bankruptcy attorney, you can find out if bankruptcy is a viable solution to your financial troubles.

Contact a Tennessee bankruptcy lawyer today by calling the DebtStoppers Bankruptcy Law Firm at 800-440-7235, and enjoy a complimentary debt evaluation.

Chapter 13 Can Help Tennessee Homeowners Thinking Of Walking Away From Mortgage: January 17, 2012

The New Mortgage Settlement: What's in it for you?, by Sally Herigstad, Interest.com