Tips for Life After A Successful Bankruptcy in Chicago

While many people believe that life after bankruptcy is all no credit and no fun, it's not and walletpop.com offers five tips to rebuilding your credit after bankruptcy.

Chicago Bankruptcy Lawyers have seen how mounting debt, either from credit cards, unexpected life-altering medical bills or the loss of a job, has prevented families from continuing to make payments on their houses or pay other bills. That's why working to stop foreclosure in Chicago through bankruptcy is a critical step to saving a homeowner's property. 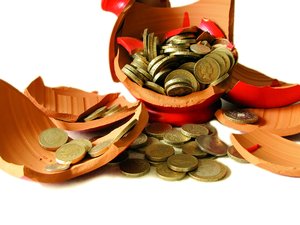 Chapter 13 bankruptcy in Chicago can be advantageous to people who have houses or other large assets they want to try to protect. It allows them to develop a payment plan to save those assets. Chicago Chapter 7 bankruptcy, however, eliminates all debt and permits a consumer to make a fresh start. .

The laws are designed to protect those who need help and are willing to abide by the law in restructuring their finances. The purpose is to take responsibility and move forward without languishing in debt.

According to the American Bankruptcy Institute, U.S. Bankruptcy Court for the Northern District of Illinois, which includes Chicago, had nearly 65,000 personal bankruptcy filings in 2010. That's way up from about 20,000 in 2006. Statewide, bankruptcies were up 12 percent from 2009 to 2010, The Wall Street Journal reports.

The laws are helping many get back on track. On to the tips:

Reflect and Regroup: Reflect on how you got into the position of filing for bankruptcy and allow the process to help you move forward into a healthy financial future. Enlist a team of friends, family, church members, civic organizations or others who can provide support.

Create a realistic budget and pay existing bills over time: After bankruptcy, stay vigilant about your finances. Even if you have never created and stuck to a budget, now is the time. Don't buy things you don't need or splurge, but live below your means. Don't let bills linger and allow credit card company interest to hammer you back into financial troubles.

Pick a credit card that can help you rebuild credit: A secured credit card can allow you to deposit money, say $500, that acts as a spending limit. By charging small amounts and repaying the debt monthly, your credit can recover. Some people, like those who have filed for bankruptcy within the last year, may not qualify. And some secured cards charge high fees or don't report your payment history to credit bureaus.

Separate fact from fiction about bankruptcy: Many people think that filing for bankruptcy disqualifies them for getting any type of credit for 10 years. That's simply not true. Many people can get a home loan. Credit cards, car loans and other forms of credit are often available for many bankruptcy filers after the process is over.

If you are considering bankruptcy, contact a Chicago bankruptcy attorney at DebtStoppers Bankruptcy Law Firm by calling 800-440-7235 today for a free debt analysis.