Coping with health issues is undoubtedly stressful, emotionally and financially. Now it appears that doctors and hospitals are putting salt on our wounds. 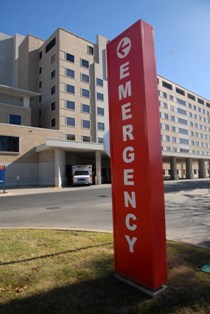 Hospitals are kicking unpaid medical bills to collection agencies, wrecking patients' credit in the process, according to a recent Associated Press story. Increasingly, those filing for bankruptcy cite medical bills as the reason they're seeking protection.

It's estimated that 30 million Americans were contacted by bill collectors about medical costs in 2010. That's up from 22 million in 2005.

The problem isn't just limited to the uninsured.

It's common for large gaps in coverage to result in bills for thousands of dollars. Chronic illnesses can lead people with health insurance to lose their jobs and, thus, their coverage.

Other times, bills are considered unpaid as a result of a dispute with an insurance company, such as a billing error. In the majority of cases, these unpaid debts are for less than $250.

In one instance, a Texas couple applied for a mortgage only to learn that a $200 bill - which they had since paid - ruined their credit simply because it had been sent to a collection agency. Any debt managed by bill collectors can stay on your credit report as a blemish for years after it's paid off.

It's estimated that as many as 3.4 million Americans have medical debts lingering on their credit reports, even though the bills have been paid.

Uncle Sam is trying to ease the pain with the proposed Medical Debt Responsibility Act, a bill that would require debt collection companies to remove paid-off medical debts from credit reports within 45 days.

Even if approved, however, it's impossible to say for sure when the bill would go into effect.

All it takes is one illness to put most Americans out of the black and into the red, health insurance or not. Chicago bankruptcy provides a way to pay down overwhelming unsecured debts or, in some cases, wipe the debts completely clean.

The stress of bills alone can be enough to make you sick. Most people don't plan on filing for bankruptcy, but when injury or illness has derailed your plans, a Chicago bankruptcy filing can be a lifesaver.

If you're struggling to pay medical debts, bankruptcy can be a better answer.

Grocery Bills, Other Bills Add Up, Leading Some to Consider Chicago Bankruptcy: October 28, 2011