While Data Shows Average U.S. Debt Is Down, the Number of Households with Credit Card Debt Increases

A recent survey showed that the credit card debt of the average American is $2,000 less than it was two years ago. According to NerdWallet, debt for the average household dropped from $7,219 to $6,772. 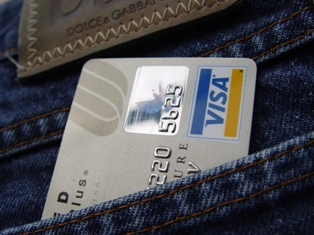 However, if you don't feel any relief, you're not alone.

The numbers may make it sound like consumers are finally regaining control of their finances following a brutal recession - but that's unfortunately not the case, say Atlanta bankruptcy attorneys.

As it turns out, the data is skewed. Two years ago, major credit card companies wrote off many of their most delinquent debts as uncollectable. Naturally, credit card debt appeared to fall.

To reduce the chances of having to write off future debts, creditors have since made it more difficult for people to obtain credit cards. Having fewer cards in circulation also contributed to the artificial reduction in American debt.

If you want a clearer picture of the nation's debt crisis, just look at the number of indebted families. While average debt may have decreased, the amount of households with debt actually rose by 3.5 percent.

Now that credit is more difficult to come by, many of us have been unable to transfer funds to cards with lower rates or better terms.

It appears that by granting a clean slate to the people making the least effort to pay down debt, creditors are actually punishing the rest of us by forcing us to carry the nation's debt burden.

But when creditors won't give the average American a fresh start, bankruptcy will. Whether you file for bankruptcy in Tennessee, Chicago, or Atlanta, it is often the most effective way to break free from crippling debts and the pressure those debts put on your ability to pay the mortgage and other bills.

Chicago bankruptcy was created so that consumers could meet their obligations in a reasonable and affordable manner. Depending on whether you opt for Chapter 13 bankruptcy or Chapter 7 bankruptcy, you may be able to pay down unsecured debt like credit card debt or medical expenses in an affordable installment plan - or even discharge debt completely.

With little equity in our homes and a growing student debt bubble hanging over our heads, Americans can't afford to let our credit card debt increase. Atlanta bankruptcy offers a way for families to regain control of debts - and their lives.

Find out if bankruptcy can help relieve your overwhelming debts when you speak with one of our professional bankruptcy attorneys in Chicago, Atlanta, and Tennessee. Call the DebtStoppers Bankruptcy Law Firm at 800-440-7235 today for your free one-on-one personal debt analysis with a Chicago bankruptcy attorney.

Tennessee Bankruptcy Helps Members of Hard-Hit Generation X Get Back on Their Feet Post-Recession: June 24, 2012