It's a tough time for young adults in this country.

They have dealt with increasing costs for higher education on top of cost-of-living expenses that never go down. They come out of college after earning a degree over four to five years and are thrust into a job market that is the worst in decades.

And so many are becoming adults and starting their lives saddled with debt. Many college students live off credit cards. They get little guidance from their parents or other people of influence who can teach them the dangers of overspending and relying on credit cards, which have high interest rates and hidden fees, especially for people without credit. 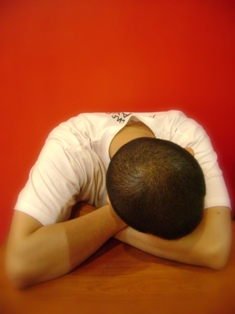 One solution to the problem is filing for bankruptcy in Chicago. While bankruptcy can't wipe out college loan debt in most cases, it can eliminate other unsecured debt that is causing students who have only managed to find low-paying jobs to pay the minimum on their cards.

Even if bankruptcy seems like an extreme option, making minimum payments, missing payments and carrying tens of thousands of dollars in debt while fending off creditor calls and wage garnishment threats is no way to live. If you are having debt problems after having just gotten out of college, consult with an experienced Chicago bankruptcy lawyer before making any other decisions.

A recent MSNBC.com article looks at the disparity between young people and older people in America today, concluding that the Great Recession made the gap between old and young much wider than it had been previously.

The recession caused adults older than 65 to enjoy large financial gains, while those under 35 are mired in losses. While it has historically been found that older Americans have more money than younger Americans, the gap has grown in recent years.

The housing market collapse hit younger Americans worse than their older counterparts. Half of people 65 and older who own houses bought them before 1986, which allowed them to ride big gains in home equity during the 1990s. About two out of three have paid off their mortgages.

Younger adults bought into the housing market recently only to see it collapse and then be stuck with high payments on houses that aren't worth what they're paying. Either that or they walked away and took hits on their credit history. They also have little equity in their houses.

The poor job market has also hit younger people hard. Workers under 35 are finding a difficult time finding a job, while older workers have been in the workforce for a long time and are holding on to steady jobs.