The Occupy movement started strong and faded quickly after police and city officials began taking a stance against protesters and seeking to remove them.

But at the core of the message, the young people who slept in parks, chanted sayings, held signs and sought change wanted a better shot at success. They wanted to live the American dream. This movement didn't come when the country was at its most prosperous, it came years after the Great Recession when unemployment is high, the real estate market is dying and the country is mired in debt. 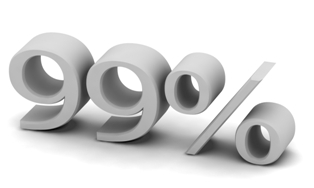 Many young people have come out of college with tens of thousands of dollars in debt and they have few job prospects. They can't find work, living expenses are high and life is tough. But bankruptcy in Chicago can help.

Chicago bankruptcy lawyers have been able to help numerous clients who are looking for answers. For many, bills are mounting, income is low and there seems to be few options. Bankruptcy may be a way out.

By filing for bankruptcy, the creditors who have been hounding the consumer are held at bay. They are banned from contacting the filer. Second, once the process goes through, the debt disappears. In some cases, assets may be sold to pay for some of the debt, but not always and there are exemptions.

For young people starting their life off in debt, this may be a helpful tool to get them on track. Credit card debt and other loans can lead to late fees and high interest rates that can cause frustration and prevent them from being successful.

Kiplinger recently wrote a column providing some financial advice to young people who are looking for answers:

Reality check: Rather than naively travel to New York City or Hollywood to seek fame and fortune, do some research. The article suggests that looking at cities that have solid job prospects and a low cost of living is smarter than traveling to a big city hoping to hit it just right. The odds are stacked against the millions of people who think that the big city means big jobs.

Student loan help: There are options to help cut down on student loans, including setting up gradual payments or income-based repayment options on federal loans. There are proposals in Washington to try to expand the options available to students.

Out-of-state tuition is very expensive and while some states provide loopholes to get around that extra cost, it can still be pricey. Some students may be able to avoid major debt by taking their second choice and choosing the in-state option. Choosing public or private or community college for core classes may be smarter and fit the family budget.

Health insurance: With universal health care in the pipeline, most young people should be able to get even basic health care. Some cities and states have high health insurance premiums, while others are more affordable.

The column suggests that most young people should be able to afford basic health insurance for less than $100 per month. Young people with high risks or pre-existing conditions can stay on their parents' insurance until they're 26.

A Reality Check for Young Adults, by Janet Bodnar, Kiplinger.com