It took years for consumer advocates to get laws passed protecting credit card users from random interest rate hikes and unfair fees. Now it looks like a January court ruling could undo those years of hard work. 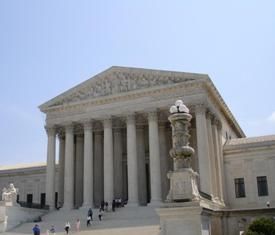 According to SmartMoney, experts say the 8-to-1 Supreme Court vote means that consumers with credit card agreements containing a binding arbitration clause don't have the right to dispute issues in a courtroom. Instead, they must go through the private - and often biased and expensive - arbitration process.

Unbeknownst to most consumers, many credit cards issued by big companies come with a mandatory arbitration clause. Now critics of the ruling say that even more credit card companies may be encouraged to add arbitration language to their credit card agreements.

The biggest problem with the arbitration process is that it favors creditors.

Atlanta bankruptcy attorneys point out that it's extremely rare for a consumer to win an arbitration case against a credit issuer. California data, for instance, shows that during a four-year period credit card companies won 94 percent of the time. Cardholders won only 4 percent of the time.

It makes sense when you consider that large credit card companies typically hire the arbitrator for the process. Who is an arbitration company more likely to side with: the billion-dollar client that gives them their business, or a single consumer they'll probably never see again?

Even if it's believed that a credit card issuer has violated the Credit CARD Act - which includes provisions such as a required 45-day notice for rate changes and the prohibition of retroactive rate increases on an existing balance - the new ruling can't protect consumers from arbitration.

It's not the first time consumer protection legislation has ultimately failed to protect consumers - and it likely won't be the last.

However, there is one type of consumer protection that is proven to work: bankruptcy.
Filing for bankruptcy in Atlanta still has the power to make a difference for consumers. That's what it was created for - to help the little guy, not big business.

If you're making minimum payments, accruing late fees, and fending off debt collection companies because you're overloaded by debt, one little interest rate rise or new fee could be the final straw. Don't wait until paying off your credit card debt becomes impossible.

Depending on your situation, bankruptcy can lower or discharge debt completely.
With an Atlanta bankruptcy, consumers can start gaining back control of their finances. In the process, many are able to rebuilt their credit, pay off other debts - and reduce their chances of being dragged into a painful and pointless arbitration case.

To learn more, call the DebtStoppers Bankruptcy Law Firm at 800-440-7235 to speak with an Atlanta bankruptcy attorney. Call today for a free personal debt analysis.

Credit Card Companies Desperate for Consumers Who May Be Thrust into Atlanta Bankruptcy: October 19, 2011