Typically it's credit card companies that get the bad reputation for hidden fees and making consumers' lives more difficult. And it's for good reason -- they charge ridiculously high interest rates and have hidden fees for things as crazy as customer service. But, in many cases, the banks are not far behind.

Banks may be moving up the rankings to take a solid second place. A recent story by bankrate.com shows that free checking is likely the thing banks will be cutting from their members. 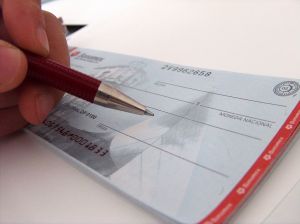 Well, what a shock -- another thing that consumers will be saddled paying for as banks continue to seek profits on the backs of consumers. It's hidden fees like these that squeeze people. Consumer debt -- including real estate debt -- is leaving record numbers to consider bankruptcy in Atlanta.

Atlanta bankruptcy lawyers have seen many consumers overwhelmed by fees and frustrated to the core. For those whose credit score is tanking because they are getting behind on payments and can't keep up, bankruptcy may be a sound option.

This country's bankruptcy laws are designed to protect the consumer. Lawmakers many years ago recognized that consumers may need a way to get out of debt and this set of laws allows them to do just that.

After completing the process, the consumer leaves behind their debt and can start back over, free from the problems that plagued them for years. They then are free to control their finances instead of the financial companies controlling them.

According to the bankrate.com article, the face of checking accounts is changing. A survey of major banks and lending institutions found that the number of free checking accounts continues to drop. Only 45 percent of non-interest checking accounts have no maintenance charges, a 20 percent drop from just last year.

So, now there are more fees for checking accounts, but the fees are higher, too. The average fee jumped from $2.49 to $4.37 in a year, which is $52.44 per year. While that shouldn't break the bank, it's just another fee to punish consumers.

Banks are also considering debit card fees -- which some major banks have already experimented with -- and there are more hurdles to jump in order to avoid fees, such as minimum balance or making sure you sign up for direct deposit.

ATM fees, lower interest rates offered for checking and higher overdraft fees are all making banking less attractive for consumers. Of course, it's making banks plenty of money. But consumers should be sure to check their statements carefully to make sure they're not giving away money to banks.

These fees can pile up and just add another collector to the pile of others for those in heavy debt. While a bank seems like it should be an ally, they can act just like a credit card company looking for money -- with aggression and a no-holds-barred approach.

But bankruptcy clears away debt so that you can better manage your money in the future. This includes being picky about your bank or credit union as to avoid unnecessary fees that make your life more difficult.

Credit Card Debt in Georgia can Lead to Bankruptcy: June 3, 2011

Atlanta Foreclosures Taking a Dip, but Now is the Time to Act on Your Debt: August 9, 2011