Lawmakers may have stopped us from going over the dreaded fiscal cliff, but the deal reached on Jan. 1 isn't a perfect solution. 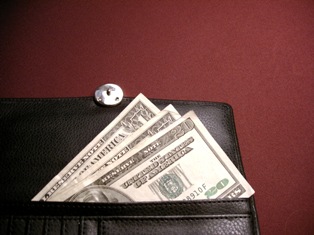 The agreement hammered out just in the nick of time will extend many tax cuts that were set to expire this year, from the Mortgage Forgiveness Debt Relief Act of 2007 to the $5 million threshold on estate taxes.

In 2009, the federal government temporarily lowered the amount of taxes taken out of workers' paychecks from 6.2 percent to 4.2 percent in an effort to boost the economy. Since the cut applied only to the first $113,700 of annual earnings, it was mostly beneficial to middle class earners.

Because the cut wasn't extended in the fiscal cliff deal, an estimated 160 million workers will receive noticeably smaller paychecks in 2013.

Growing credit card debt often pushes folks deeper into financial trouble by putting a steadily increasing strain on the ability to handle everyday expenses, from the mortgage payment to gas and groceries.

It's all too easy to get caught up in a cycle of debt that includes increasing minimum payments that never seem to touch your actual debt, rising interest rates and fees, and unrelenting harassment by debt collectors.

Often times, people don't realize their debt is spiraling out of control until it's too late. Or maybe they're waiting for that pay raise or windfall to come along so they can pay off debt once and for all.

The truth is that creditors design repayment structures so that borrowers will have to keep paying for a long time. If you're making minimum payments on your bills, it's unlikely that you'll be able to pay down debt without help - especially now that your paycheck may be shrinking.

For many of us, bankruptcy can provide the means for getting debt under control while protecting important assets.

Bankruptcy has the ability to reorganize, reduce and even eliminate debt. When you're free from the burden of growing debt, interest rates and fees, your paycheck will suddenly feel a lot more substantial - with or without the payroll tax cut.

Our experienced bankruptcy attorneys can help you determine if bankruptcy is the best choice for your financial situation. Contact DebtStoppers today at 800-440-7235 to schedule your free one-on-one debt evaluation with one of our bankruptcy lawyers in Atlanta, Tennessee or Chicago.

Instead of Worrying About Washington, Experts Encourage Consumers to Prepare for Personal Fiscal Cliff: December 18, 2012

Why Your Paycheck Is Getting Smaller, No Matter What, by Emily Jane Fox, CNN Money

Taxes Are Rising, But It Could Have Been More Painful, by John W. Schoen, NBC News