Instead of Worrying About Washington, Experts Encourage Consumers to Prepare for Personal Fiscal Cliff

As the holidays draw nearer, so does something else: the so-called fiscal cliff. 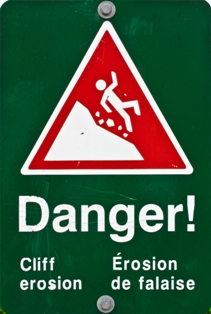 At midnight on Dec. 31 of this year, spending cuts and new taxes are set to go into effect, while a series of tax breaks are on track to expire, potentially culminating in an economy-crippling financial pickle.

If lawmakers can't agree on taking action, for instance, 2013 will bring the end of current payroll tax cuts, changes to Medicare, and - maybe most disturbingly - the expiration of tax exemptions for homeowners facing foreclosure or a short sale.

As our bankruptcy attorneys discussed earlier this month, delinquent borrowers who give up or lose their properties will be on the hook for paying income taxes on the portion of their mortgages forgiven by lenders.

But while the media is focused on the national economic effect, experts caution consumers to look inward to avoid their own personal fiscal cliffs.

In reality, many individuals are driven off their own personal financial precipices every day.

Maybe it's the day too much credit card debt finally interferes with your ability to pay the mortgage. Perhaps it's the point when your massive student loans finally come due - and you can't afford to pay them. It may be sudden unexpected car repairs that eat up your paycheck.

Maybe ordinary everyday expenses have become a problem because you lost your job months ago and are still looking for work.

The good news is that, unlike bureaucratic lawmakers, consumers actually have the ability to quickly do something before they reach the point of no return.

Experts encourage consumers to build up a liquid emergency savings they can fall back on to pay for unexpected financial challengers, such as lost wages, unmanageable medical bills or car repairs.

Of course, that's easier said than done when all your money is going to your debts.
For millions of Americans overwhelmed by credit card debt and mortgage debt, bankruptcy offers a fresh start.

The deeper the hole, the harder it is to dig your way out. Filing for bankruptcy allows consumers to reduce or eliminate debt, freeing up funds for covering other important expenses.

If you're behind on mortgage payments, for instance, Chapter 13 bankruptcy has the ability to stop foreclosure and other collection proceedings while you repay a portion of debts in an installment plan over 3 to 5 years. If you're out of work - and thus funds to pay credit card bills - Chapter 7 bankruptcy can stop creditor action and completely eliminate crippling unsecured debts.

If you can see a fiscal cliff coming, don't wait until you're soaring over the edge toward rock bottom. Take action! Bankruptcy has helped thousands of families get out of debt - and get on with their lives.

To learn more about bankruptcy and its ability to provide a fresh financial start, contact DebtStoppers at 800-440-7235. Call now or contact us online to schedule a complimentary personal one-on-one debt analysis with one of our experienced bankruptcy attorneys.

Avoiding Your Own Fiscal Cliff, by Richard Barrington, Fox Business