It's bad enough that countless people are losing their homes because they can't pay the bills. But imagine the frustration of finding out you're losing a home you've paid off.

As banks rush to push through millions of foreclosures in 2012, errors are increasingly leading to foreclosures, lawsuits, and credit damage for consumers who are current on their loan payments. 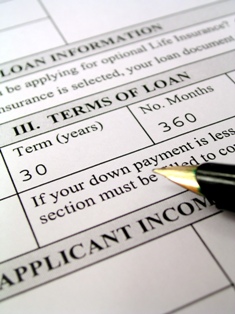 With an estimated 12.5 percent of U.S. homes either in foreclosure or delinquent by at least a month, the problem is only expected to get worse.

Regardless of the reason for foreclosure, Chapter 13 bankruptcy may be the best way to legally stop the foreclosure process and allow homeowners to begin rebuilding their credit.

According to a recent Reuters story, a growing number of homeowners are reporting that they are being harassed by banks for mortgages that should have been recorded as paid in full.

In some cases, borrowers refinance a home loan but the original mortgage is never written off. In other cases, homeowners are sued for foreclosure on a house they sold years ago. And in some rare but worrisome cases, consumers are being pinned down for delinquencies when they never even had a mortgage to begin with.

It all comes down to the disorderly state of the lending industry.

During the peak of the housing boom in the mid-2000s, Wall Street encouraged mortgage servicers to quickly process loans so they could be sold around the world to thousands of investors. In the ensuing chaos, important legal procedures were brushed off.

Many times, Atlanta bankruptcy lawyers have seen homeowners have difficulty qualifying for a loan modification because the bank can't locate the owner of the original loan. Now homeowners are being held accountable for home loans that aren't even theirs. Because data has never been collected on wrongful foreclosures, there is no way to estimate the extent of the problem.

In one case, a Utah woman's accountant learned that the woman was being sued for foreclosure because a bank error had showed she was delinquent by a single dollar. As a result, her credit was ruined. In another instance, a Vietnam vet paid off his mortgage in full, only to have his bank continue sending notices in error.

It's an important reminder of how necessary it is to keep an eye on credit so that mistakes can be quickly corrected before they spiral out of control.

In the meantime, Atlanta bankruptcy is a helpful tool to have handy.

Errant fees and legal troubles can add up to cause serious financial hardship, whether deserved or not. And of course, many times foreclosure stems from a true inability to make payments, whether due to job loss, credit card debt, or medical bills.

Filing for bankruptcy in Atlanta can help homeowners stop foreclosure, prevent further credit damage, and begin picking up the pieces. In other words, it can provide a fresh start.

Foreclosures on the Rise But Atlanta Bankruptcy Can Help: December 6, 2011