The recession hit most Americans hard, but it didn't hit us all equally. 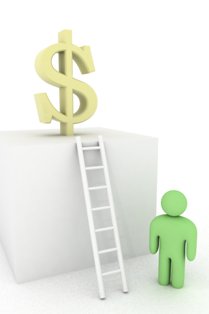 New data indicates that members of Generation X - or those who fall between the ages of 35 and 44 - have experienced the most financial strain as a result of the economic downturn.

In comparison, American households of all ages suffered a 35-percent decline in net worth during the same period. The biggest drop came in 2007, when - as our Atlanta bankruptcy attorneys noted last week - median household worth fell from $126,400 to just $77,300.

There are a number of reasons why Generation X has fared so poorly. First, many people in their 30s and 40s purchased homes at the height of the housing bubble and have since watched home values decline dramatically.

Second, they are competing with an aging workforce. Because the recession wiped out retirement accounts, many people in their 50s, 60s, and 70s have been unable or unwilling to retire. As a result, Gen Xers aren't able to move forward in their careers.

Third, 30- and 40-somethings tend to have higher expenses because they are likely to have a household full of children. According to USDA estimates, it takes $234,900 to raise a child born in 2011. After children turn 18, a growing number of parents feel obligated to pay for their college educations.

When available income wouldn't cover the bills, many folks turned to credit cards and payday loans.

With so much financial pressure, it's no wonder Generation X is feeling worse for the wear. But while financial freedom may seem like a far-off dream, Atlanta bankruptcy can make it a reality.

Many of us avoid bankruptcy because we worry it will impact our credit. But missed mortgage payments, late bills, and large credit card debts do far more damage than bankruptcy protection.

What makes bankruptcy different is its ability to improve a consumer's financial situation so it's possible to start rebuilding credit. While filing for bankruptcy in Atlanta can't increase income, it can reduce payments so income stretches farther.

You can't get back the financial momentum lost during the recession, but with help from bankruptcy, you can position your family for a brighter financial future.

If you would like to speak with an Atlanta bankruptcy attorney regarding your current financial situation, call the DebtStoppers Bankruptcy Law Firm at 800-440-7235 for your complimentary personal debt evaluation.

Atlanta Bankruptcy May Offer Freedom for Growing Number of Young Adults Forced to Move in with Parents: June 2, 2012