Recently released numbers by the American Bankruptcy Institute showed that the number of people filing for bankruptcy in the Atlanta area decreased slightly overall but still remained high in the third quarter of 2011.

Our Atlanta bankruptcy lawyers understand that historically the third quarter numbers are typically not as high as fourth quarter numbers, so it will be interesting to see how many people filed for bankruptcy in Atlanta in the last part of the year. 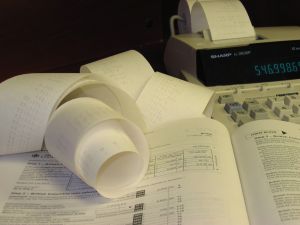 We know plenty of people are coming to discuss their situations with us on a daily basis. With the economy still in the tank, jobs scarce and foreclosures on the rise, it's no wonder people are considering filing for bankruptcy.

Some analysts believe that the numbers would be higher, except that credit card companies and other lenders in recent months have loosened their standards and attempted to give out more credit than that have in the past.

That's evident by the many television commercials starring famous actors we see every day. Capital One, Chase and other companies are attempting to get as many people to sign up for their cards as possible through "perks" and "rewards." But these benefits may not be all that they're cracked up to be, and may only kick in if you spend a lot of money.

For the northern district, that was a drop of 200 filings, or 1.5 percent. While the numbers have dropped steadily since the 14,040 filings in the third quarter of 2010, last quarter's filings were higher than every quarter except one starting in the fourth quarter of 2009 and going back more than five years.

Another interesting statistic out of last quarter's numbers is that Chapter 13 bankruptcy numbers are up this year. In fact, they have risen each quarter this year. In the first quarter, there were 101,006 filings, up to 101,286 in the second quarter and 102,900 this past quarter. Chapter 7 bankruptcy filings in Chicago and nationwide dropped from 367,486 to 336,930 this quarter.

We report all these numbers to show that many people are considering bankruptcy in Atlanta in these tough times. It is a viable option for many families who are struggling to get by and who aren't ashamed to let the laws designed to help consumers help them. With thousands of dollars in debt eliminated, people can once again focus on paying their bills, staying in their homes and not dealing with collection agencies.