Even the most experienced business professionals are finding that securing a well-paying job is a challenge.

So college graduates, who have little experience, but a brand new degree and an excitement for getting into the workforce, are finding the current climate even more of a challenge. 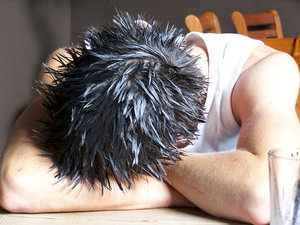 Atlanta bankruptcy lawyers have followed the news as Georgia's economy lags and jobs are scarce. Foreclosures are up and people are finding it tough to get by.

That's why considering bankruptcy in Atlanta may be a good move for some people. It may not work for everyone, however. Consulting with an experienced lawyer is the right first step.

And attempting to discharge debt on your own is a challenge. Credit card companies and other lenders rarely will sit down with a borrower and work with them.

According to bankruptcy laws, it takes a rare exception for college loans to be discharged. If a person can show that the loans are an "undue burden" or they are physically unable to work and earn a living, it's possible for the debts to be discharged.

In most cases, however, that's not going to happen. But that doesn't mean bankruptcy can't help. A person who files for bankruptcy can have the rest of their unsecured debts discharged, meaning credit card loans, medical bills and other types of debt can be eliminated.

This leaves the recent graduate able to make their loan payments. And, as the Associated Press reports, an underutilized federal program may also help.

The news story looks at the Income-Based Repayment program, which helps recent grads who have little or no income. Under the rules of the two-year-old program, people may be able to make few or no payments if they aren't earning a living.

Only 450,000 people are enrolled, though the government estimates 36 million people could qualify based on today's economy and the lack of available jobs.

The program allows people to pay back their debt over 25 years or 10 years if they are entering public service jobs. Eligibility is based on debt vs. income and the Department of Education has a calculator available on its web site.

But, there are drawbacks. First of all, only federal loans can be discharged, not loans from banks or Sallie Mae. Second, those enrolled must submit annual tax returns, so it's possible their payment plans will be recalculated, thus triggering higher payments.

There are higher interest rates for the longer payment program. The upside is that after the time period has elapsed, the remaining debt is discharged.

While President Barack Obama has said he wants to make the program more forgiving, the changes likely won't take place for several more years. It is a program that could work, depending on a person's situation. And it appears there's no reason a person couldn't enroll in that program and still use bankruptcy laws to their advantage.

Bankruptcy is guaranteed to discharge debts and help people get back on their feet, regardless of how much debt they have. There's a reason these laws were created to help consumers. They're needed and if you're struggling with debt they can benefit you.