New changes to the government's Home Affordable Refinance Program could help more than 6 million homeowners in danger of losing their houses to foreclosure, according to CBS Atlanta. But is it enough? 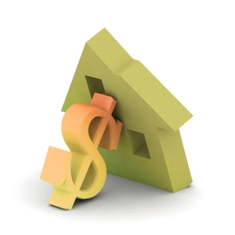 HARP was introduced in 2009 to help troubled homeowners refinance mortgages, despite having little to no equity in their homes.

But though the program was well-meaning, it hasn't had much effect so far because lenders have their own sets of qualification guidelines. For underwater homeowners in Illinois, filing for bankruptcy in Atlanta has continued to offer the best solution.

However, recent updates to the program could change that.

Mortgage servicers are currently enacting HARP changes announced last fall, including the elimination of a limit on just how underwater a borrower can be to qualify. Previously, balances could not exceed 125 percent of a home's current value.

In addition to doing away with the limit, Uncle Sam is putting a lid on upfront fees known as loan level pricing adjustments. Until now, lenders have been slapping low-equity borrowers with fees as high as 2 percent of their loan's balance. A new limit keeps those fees to 0.75 percent or less.

Real estate data estimates that 6.7 million homeowners could now be eligible to use the program. However, it's unclear how many will actually be helped.

HARP is voluntary for lenders, so if your bank doesn't participate, you can't take part. Atlanta bankruptcy lawyers have also seen qualifying homeowners apply, only to be turned down at a lender's convenience.

To date, just 1 million borrowers have found mortgage relief under the program.

Unlike a refinance, qualifying for Chapter 13 bankruptcy does not depend on home equity. Furthermore, Atlanta bankruptcy has the ability to help borrowers who have fallen behind on payments (homeowners must be current on payments in order to qualify for HARP).

Many homeowners run into trouble because credit card debt interferes with other bills, like the mortgage. Filing for bankruptcy in Atlanta can help.

Contact an Atlanta bankruptcy attorney today by calling the DebtStoppers Bankruptcy Law Firm at 800-440-7235. Contact us for your free personal debt analysis.

New HARP Could Help Up to 6.7 Million, Peter King, MortgageLoan.com