Atlanta Forecloures on the Rise Again, But Bankruptcy Can Stop Them

As the Atlanta Journal-Constitution reports, there is little good news to talk about in the housing market in the Atlanta metro area.

It reported that foreclosure notices in October were up from September. This is likely because banks are again ramping up foreclosure cases after taking nearly a year break when unethical and illegal banking procedures were discovered. 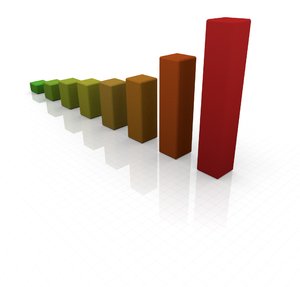 Atlanta's economy has faltered along with the rest of the nation. Many unemployed people are missing mortgage payments, sending scores of houses into foreclosure in Atlanta. But one guaranteed way to stop foreclosure is by considering bankruptcy in Atlanta.

Atlanta bankruptcy lawyers have seen how foreclosures have caused house values to plummet throughout the area. For people who are able to afford to stay in their houses and plan to stay forever, this isn't a problem because it's likely that years down the road the values will be restored to pre-recession levels.

But for people who want to move, they are stuck. For homeowners who have lost their jobs, they have no way of paying hundreds to thousands of dollars each month for a house that is worth less than the amount owed.

And when one payment is missed, the letters start arriving in the mailbox. Automated calls come once, twice or three times a day. Homeowners may get a call from a customer service representative asking if they want to make a payment.

After the second payment is missed, they tack on late fees, saying the homeowner owes them more money on top of the missed payments. Then, they start suggesting a loan modification program, which they rarely will agree to comply with.

After nearly a year of reviewing their practices, banks are again moving forward with foreclosure notices now that they believe they have cleared out their unethical robo-signing and fake document practices.

All of this can be avoided, however. By filing for bankruptcy, regardless of the stage of foreclosure, the foreclosure will stop. If you are one payment behind and don't believe you can make any further payments or if your house is close to being sold at auction, bankruptcy stops the process.

Once you enter bankruptcy, you likely will be able to stay in your home during the process and may be able to work out a way to stay in it even after the process is completed. For those who are struggling to make payments -- as many in the Atlanta area are -- bankruptcy may be a smart option.

If you are in this situation, set up a free consultation today to discuss your options. It may be the best choice you make and it could save your home.